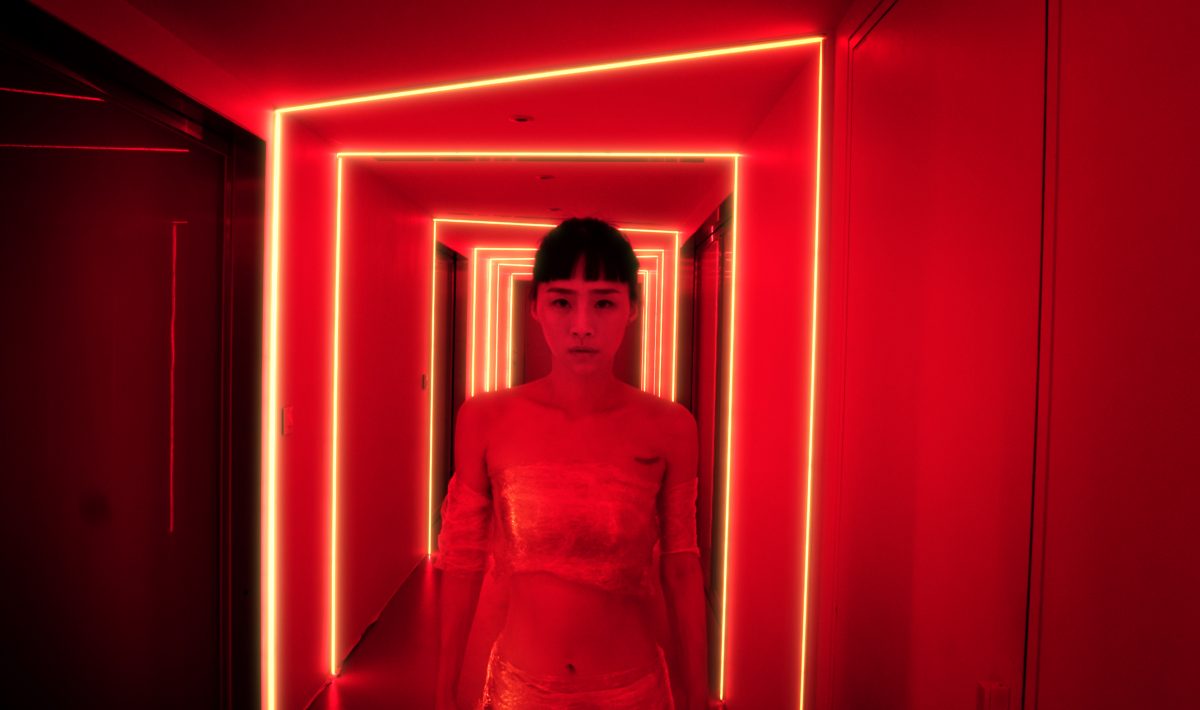 Nina Wu is a film that tells about the experience of being an aspiring, developing film actress. The script was written by the starring Wu Ke-xi and is a condensation of the work experience of many women who were (and still are) treated as objects by the male-centric film industry and production system[1] (not only of course).

The eponymous Nina, a talented actress so far ignored by the creators of large productions, working mainly as stagehand in smaller films and influencing on the Internet, gets the opportunity to play the main role in the promising production. Nina is overwhelmed by unimaginable physical and mental pressure, which the filming process turns out to be just the beginning.

Like a large number of scholars and film experts, I would like to see as  many women artists as possible appearing in cinema and addressing a woman’s problems. When a man tries to deal with this issues, one often gets the impression of hypocrisy. After all, why the beneficiary of the system in which men feel like donuts in fat, should be worried about the fate of his heroine – except that the topic will almost certainly act as a bait?

Midi Z, however, managed to convince me to his movie. First of all, he experienced rejection by the world of film (a long and complicated way to start his career – Midi Z, among others, worked at the construction site to earn to pay for a film school), and later by mainstream (financial problems, producers rejecting the director despite the good recognition in the film world). The artist knows the feeling of alienation and the feeling of being seen by others as inferior.

Secondly, if someone is not convinced by the personal argument, the director in the first part of the film – which is talking about the production of a movie – adopts a documentary perspective. He registers and records the experiences of the heroine abused in various ways by men – a director using his status to legitimize violence, working with almost only men, etc. The autothematic presence of the camera on the screen brings the viewer closer to the heroine’s experience and seems to say: look, that’s how the actress’s work looks like.

Thirdly, the artist consciously refers to genre cinema criticizing the hysterical female model. Nina Wu can be watched next to the classics of Italian horror cinema, giallo: pastel colors, violence, building tension by means of the puzzle. Viewers will remind themselves of the films of Dario Argento and Mario Bava, while narrow blood-red corridors will remind them of Stanley Kubrick. There will also be more literal references (e.g. a significant hotel room number clearly associated with the title of a certain Stephen King’s film adaptation).

In the cinema, to which Midi Z refers, female fear is hysterical, and therefore can be read as a motor that creates the presented world. In Nina Wu, it is the opposite. It is the violent world – not the heroine’s internal problems – that causes madness (by the way boldly played by Wu Ke-xi).

Nina Wu is not only a clear voice for the equality between men and women and unmasking the systemic mechanisms of violence, but also a sharply ironic flick in the nose of the big film industry, which does not allow fresh artists to show something new, perpetuating harmful and outdated patterns.

[1] And at every stage of the film production. From, as one of the heroines bluntly put it, the “exchange system” – employment contract for sex – through the merciless exploitation of the female body (e.g. through cosmetic procedures, keeping a strict weight, etc.) to the final effect, i.e. satisfying the eternally hungry male gaze.