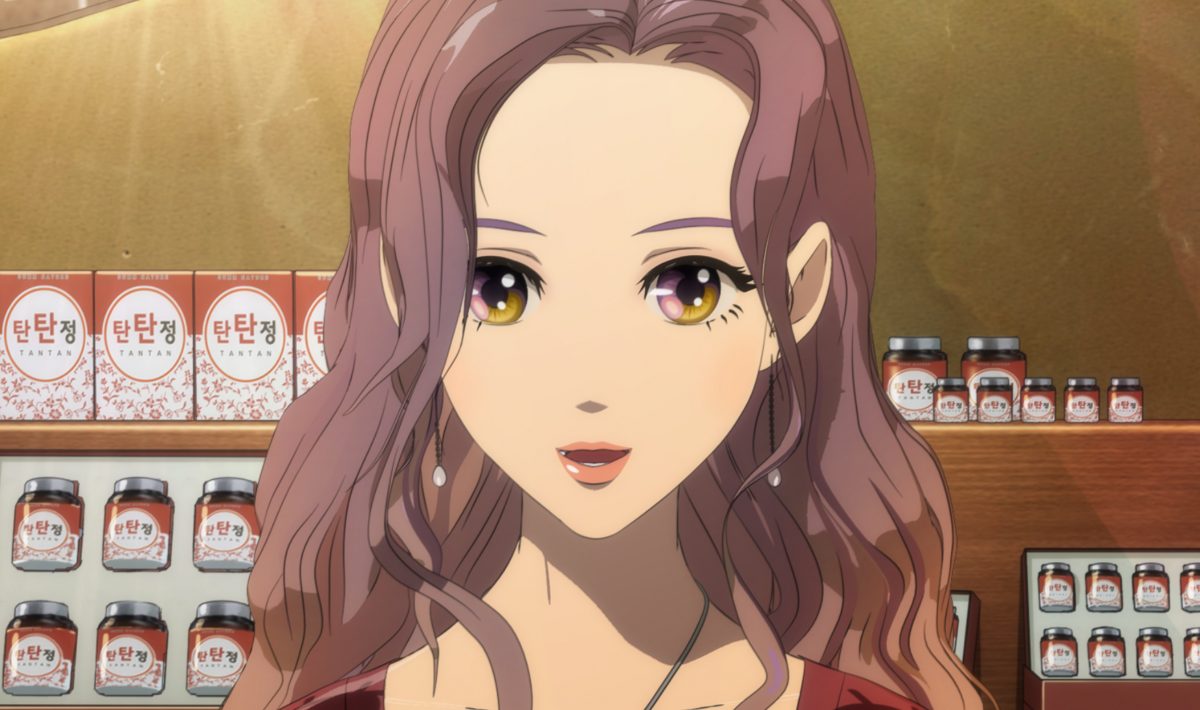 It seems that the category of human beauty should be a concept as non-sharp as it is democratic – everyone has their own ideal image of the body and what it should look like. Not everyone can fit into the universal sizes of popular brands, not everyone has symmetrical feet enough to fit into the same size of shoes from different companies. “Beauty Water” by Cho Kyung-hun is an animation involved in the fight against the universal perception of human beauty and media patterns that still set fashion trends, discipline influencers and poison those who do not fit into this pattern with an unhealthy obsession and feeling of self-inferiority.

Yeji works as a make-up artist for a cocky pop icon of female modeling. Not having the beauty of a model, Yeji suffers from an extreme lack of self-confidence, becoming increasingly frustrated and dissatisfied with the conditions imposed on her by society, which pushes to the margin anyone who breaks with this pattern. When the opportunity arises – a parcel with a beautifying cosmetic is dropped at the door of the protagonist, and it is supposed to be the answer to the whole systemic injustice – the girl enters this alien and hostile world without thinking.

The cosmetic is to build the appearance of absolute beauty, represented by the image of a woman typical of Asian animation – big eyes, small head, large breasts, slender body. The eponymous beauty water becomes an obsession that the heroine will strive for at the expense of her own health, family well-being and close relationships. The obsession begins to destroy the heroine from the inside, slowly turning the story of a girl wronged by toxic patterns into an uncomfortable, bloody horror in which the body is as flexible as plasticine. “Beauty Water” is therefore not only a critique of harmful canons, but also a warning against impulsive interference with one’s own body.

Cho Kyung-hun’s problem becomes the choice of the heroine. Yeji is obese (and even addicted to compulsive eating). Although the author’s intentions were probably not harmful, the choice of an overweight heroine who makes irrational, impulsive decisions, places people suffering from various types of hormonal diseases and eating disorders in a negative light – and they are not stupid people! These are not always people (or even almost never) who, through their own fault, suffer from nutritional dysfunctions.

Moreover, the adopted convention of horror inevitably leads the heroine into the claws of a monster who she will have to face (who this monster is, I hope, every viewer will see). The punishment for the flaws of the system is completely shifted to Yeji – a heroine drawn in a ruthlessly cruel manner. So much that the dramas she experiences seem justified.

It’s hard to say whether this was the intention of the original manga by Oh Seong-dae, or whether the narrative method of the animation led the heroine astray. On the one hand, “Beauty Water” is a necessary film that tells about people marginalized by the universal rules of capitalist beauty, and on the other hand, it did not avoid falling into the trap of this system. What will be the effect of the film? It depends on the common sense of the viewers.