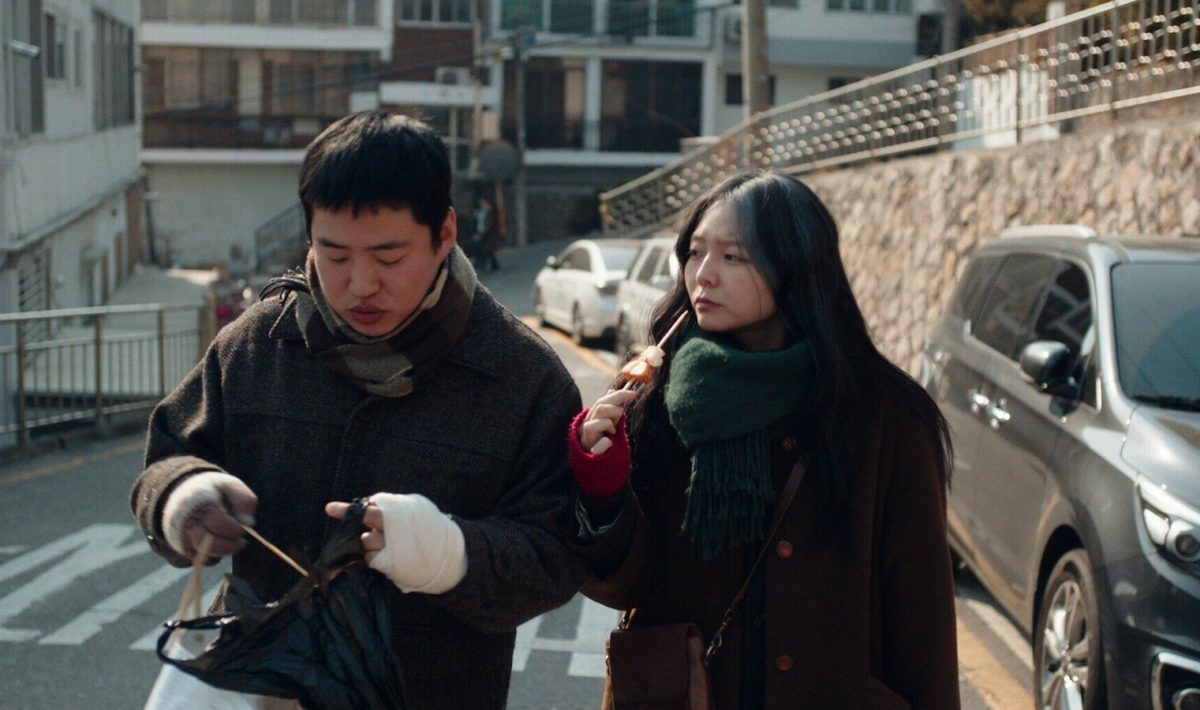 For a long time Koreans have been proving that although South Korea is a capitalist country of seeming happiness, it does not avoid the social problems that are so characteristic of the dictatorship of money over the ordinary people, known as the free market. Bong Joon-ho’s Parasite is just the popular tip of the iceberg here. Jeon Go-woon takes up a similar theme in Microhabitat, preceding Parasite by 2 years – taking the scandalous housing market in Seoul into the workshop – by using other means.

The director is much closer to the socially critical style of Ken Loach’s cinema than to the genre fun of her colleague, Bong Joon-ho. Microhabitat did not have a chance to achieve such clout as Parasite, which have smashed the international box office, but this modesty allowed the creator to deconstruct the problem more deeply.

“Miso” means “happiness”. This is the name of the main character, although she is far from experiencing this feeling. There is no time for this, because from morning to night she is cleaning the apartments of people who are much better off the social ladder than she is, nor there is the space, because she is living alone in a few meters long, dingy cube, which she can barely pay off. Miso has no time for a relationship with her boyfriend, who is struggling with his own debts. The apartment is too cold even to make love. The only pleasure a girl can afford is cigarettes and a glass of whiskey every once in a while – soon that will be taken from her also when prices go up again.

Despite constant efforts and working to the point of extreme exhaustion, the situation is not improving. Over the course of the year, the rent Miso has to pay will increase so high that she will be forced to move out. The protagonist’s long odyssey begins in search of another place where she would be able to stay – the girl looks for help from her numerous clients.

Jeon Go-woon does not give her heroine room for despair. Miso seems to embrace reality with stoic calm, taking her worsening situation for granted. The contrast with the material situation of Miso’s customers detached from reality is painfully clear, and the class gap is horribly deep. How to think about the future, education or career, if every day is a struggle for survival and not landing on the street? The Korean director firmly settled accounts with the Korean dream, with the image of the boundless prosperity of the modern state that reigns in the media and also reaches the West. The image of the housing market experiencing collapse, the impotence of the city and the state in the face of the deepening crisis, are all the more accurate as it affects not only Seoul and other Asian metropolises, but also places that we do not have to look so far.