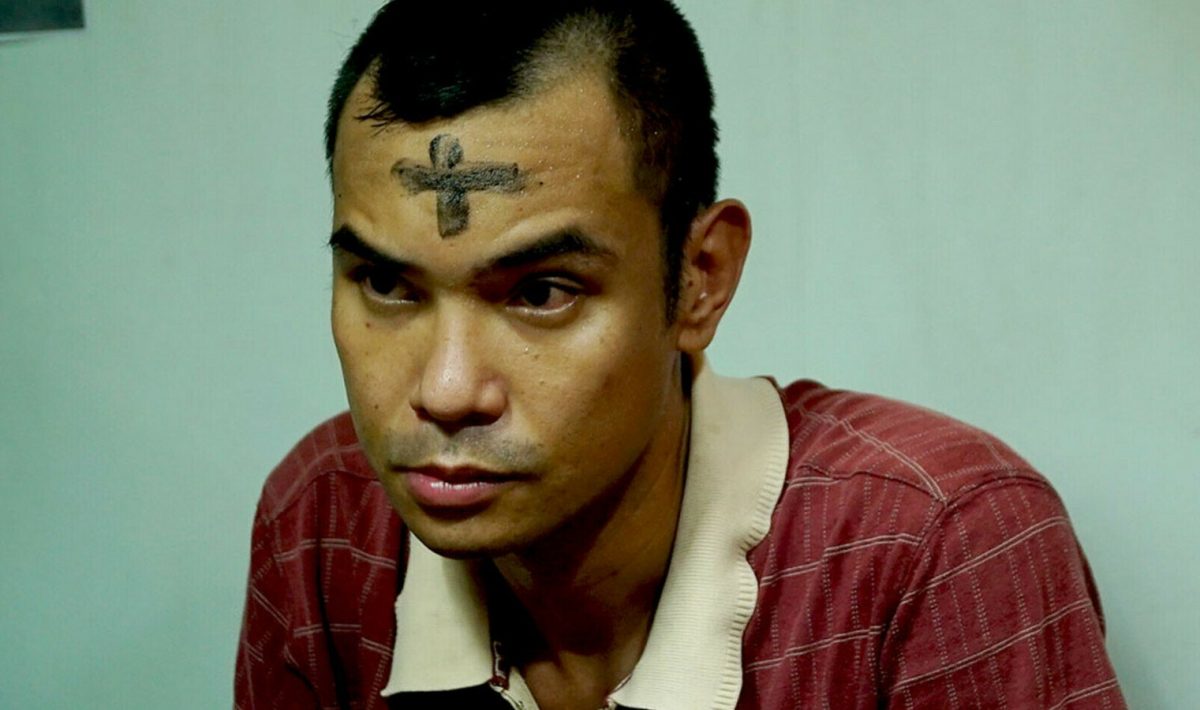 Verdict is a shocking film that takes no prisoners. Raymund Ribay Gutierrez draws his story with such ruthless, naturalistic at times, firmness that the film can touch even those for whom Filipino women’s hell is an obvious subject, and daily opposition to systemic oppression has to face resignation and fatigue. Gutierrez’s work is even more impressive, being his full-length debut. Produced under the watchful eye of Brillante Mendoza, a Filipino master of socially involved cinema (e.g. Alpha, The Right to Kill from 2018 – which took to workshop the subject of police violence), it is a drama that not only equals the works of a teacher, but maybe even surpasses them, shocking to the core.

Joy and her little daughter are almost tortured to death by Dante. Joy’s husband reacted with such a soulless, brutal fury to the comment about the abuse of alcohol. The family goes to the police station, where the ordeal of a woman trying to get justice begins. Although Joy’s face is not actually visible from behind the hematomas pulsating with yellow goo, although she can barely stand on her feet in terror and shock, although she does not have time to care for her daughter with a fractured skull, the woman faces another monster – a systemic moloch, who is using a different kind of violence: exclusion not only on the basis of gender, but also of class status.

Albeit the matter seems obvious – everyone can see the condition of the young woman – the justice system works the opposite way it should, having more delicacy and understanding towards the transgressor than the victim. All it takes is the commitment of Dante’s mother, who manages to get the money to hire a top-shelf lawyer, to start the process of turning the cat’s tail: Dante will plead innocent by playing as dirty as one can imagine.

Gutierrez shows the injustice of the Philippines, where money and contacts are more important than the letter of the law. To call Verdict a court drama is not enough. It is a thriller based on the claustrophobic tension of stuffy courtrooms, on indifference, ignorance and detachment of jurisdiction and officials from reality, on the experience of being a woman harassed at every turn, on the impossibility of obtaining justice systemically – after all, the system itself is unfair.

Verdict is a gloomy, terrifying and violent film. The Filipino author makes a thesis as sad as it is accurate. In order to fight a state that mercilessly swallows tormented victims, preying on their poverty and misfortune, one must be equally ruthless – one must fight it with such power that only women can possibly have. After all, the revolution is a woman.