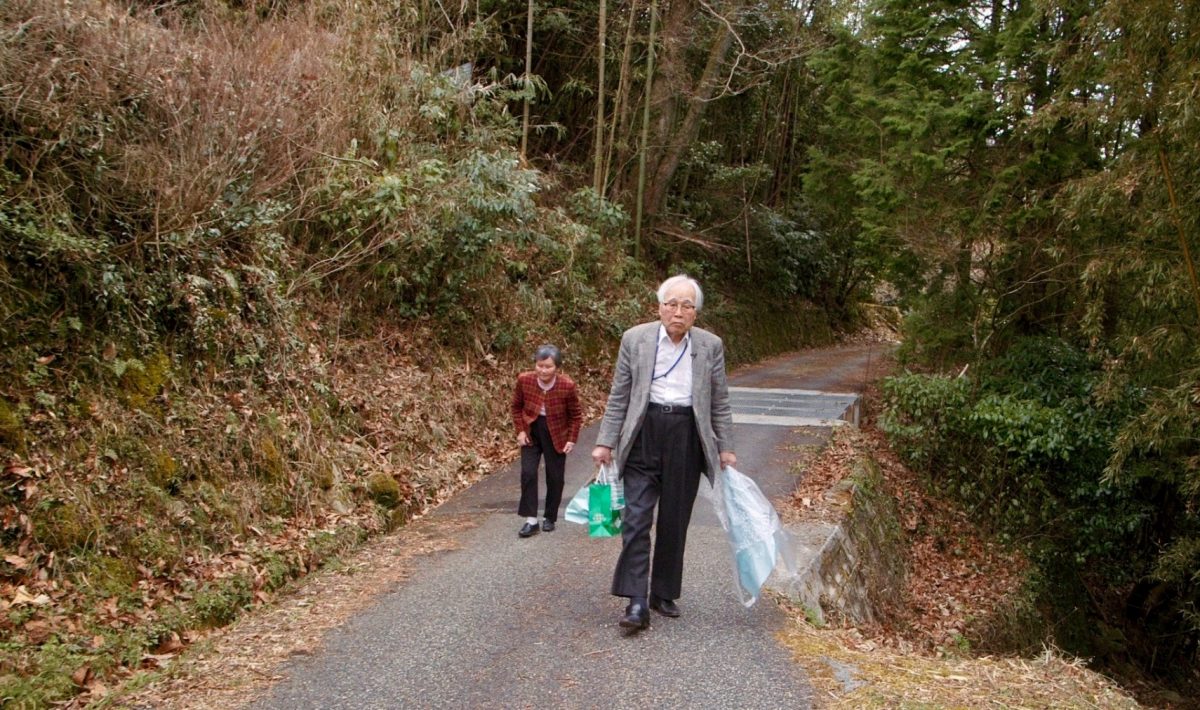 Although Zero, the latest film by the Japanese master of “take the camera in your hand and shoot” documentaries, is a continuation of the 2008’s Mental – Kazuhiro Soda returns to the famous professor of psychiatry, 82-year-old dr. Yamamoto, to accompany him in his everyday life, small and big decisions – the director does not give up the threads known from his last film, Inland Sea. In a similar style and with a similar subtle, emotional commitment to an aging and slowly decaying seaside town, Soda talks about the relationship of an elderly professor with his suffering from Alzheimer’s wife, as well as his approach to work and patients.

The Japanese artist achieves something extremely rare in his films, or perhaps even unique compared to other documentary filmmakers. For Soda, the prism of the camera is a tool for learning about the world from the level of carte blanche, from the level of a child looking at it with senses and emotions, not experience. Sensitive and open to the environment, curious, sometimes focusing on random details, he is looking at age without a trace of ageism and without any prejudices. He portrays his heroes as full-fledged, able-bodied and fully valuable members of society, who are suffering only from old age and related diseases.

The formal prescription of the film seems to be the simplest possible – Soda grabs the tool of his work and accompanies the doctor in his everyday life. But despite the child’s openness to the environment, the apparent randomness of the gaze and the sensitivity balancing on the edge of naivety, the artist is not helpless. Zero have humanistic power, which can restore faith in the possibility of a dignified life in an old age and inspire admiration for the persistence of the Japanese, their extraordinary self-sufficiency and sense of survival.

In such a simple and small picture, in an ordinary act of observation, the artist managed to capture an overwhelming load of humanistic sensitivity, emotion at the sight of attachment and love at an age when the beauty of these feelings becomes a taboo and the complexity of a society in which everyone can and should be respected regardless of the degree of suitability.

But Zero also shows the other side of life based on a pattern of usefulness and self-sufficiency – Dr. Yamamoto’s character depicts it much more subtly than in a coastal town in Inland Sea – is there a place to rest? Who will help the doctor when he finally runs out of strength to look after his sick wife? Will then the environment be equally open and respectful to him? And will he be able to turn to someone for help himself?

On the one hand, Soda’s film is a beautiful and touching image, on the other, it is a silent commentary on the aging Japanese society and the older generation, which, whether they like it or not, they have to deal with life themselves. The deeply humanistic view of the Japanese documentary filmmaker is unique not only in the context of socially involved cinema, but also stands out even among the works of the Japanese new wave.