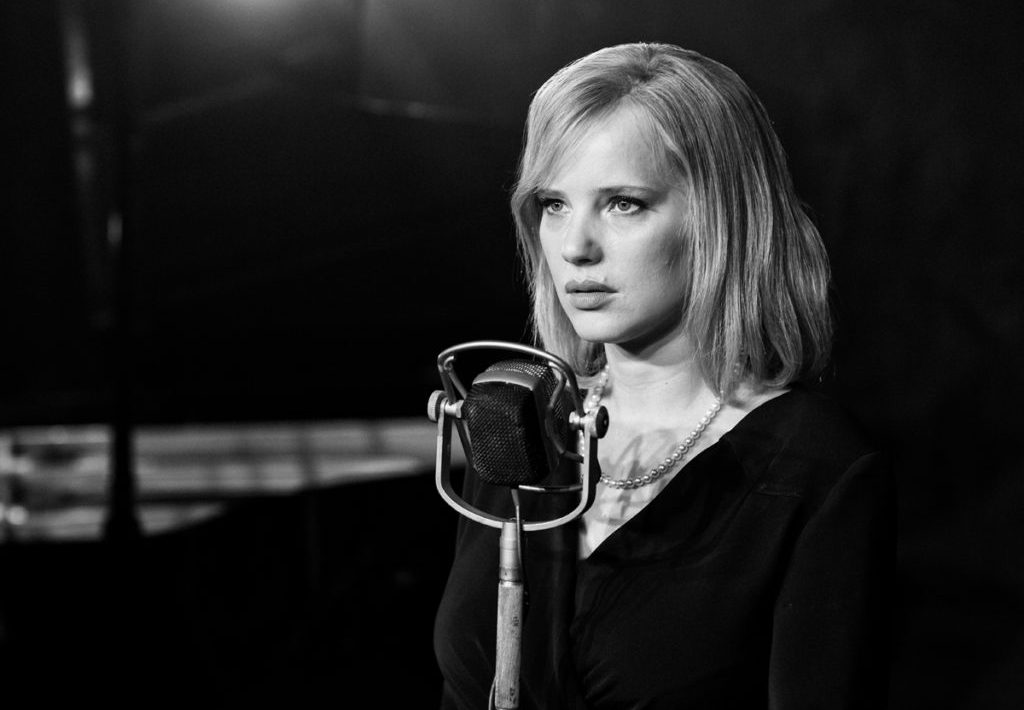 I doubt if we have a second Polish director who can talk about indigenous problems on a global level, i.e. not only for Poles (as Wajda did, whose Polish romanticism – although he could enjoy being outside the country – was warmly welcomed but not often understood abroad), but also for, say, universalized audience. Paweł Pawlikowski seems to reach it easily, as he proved five years ago in Ida, and now he is repeating this art in a very personal[1] Cold War.

The artist is not ashamed of the achievements of Polish cinema, proudly and skillfully following the path of the Polish Film School. The film is full of atmosphere and references to that cinema. In the foreground we have a passionate, tragic love (something grates here, Wiktor-Kot and Zula-Kulig relationship is not very reliable, too little heat!). In the background, the temporality is spread over almost two decades, the long duration of the post-war aftermath, saving and building culture (and propaganda) on the recovered folk treasures (Kolberg would not be ashamed – folk songs are really beautiful in this film, and the audio layer of the picture in general comes out almost as in musical) and life in the capricious realities of quickly changing priorities of the government consisting of representatives of the real socialism.

Pawlikowski copes well with actors knowing their pros and cons. Borys Szyc’s ability to embarrass on screen is cleverly used in his role of an apparatchik-speculator who speaks a simple language and tries to use a system favorable to clappers and denunciators. Joanna Kulig – with her rough, natural voice and slightly stocky, charming build – works great as Zula, an uncompromising woman who will never give up on her once set goal. In turn, the emaciated Kot, a bit of an artist with nothing to live on, an exile, and a bit incorrigible romantic bent under the burden of love.

Seemingly it is this love that throws heroes all over Europe (Berlin, Split, Paris) and seeps unnoticed, fleeing through their hands for years. In fact, they are victims of a system that forces many to flee, migrate or wait for change uncertainly. A deftly done metaphor reminiscent of the efforts of the Polish Film School, hiding the most important message behind an intricately constructed narrative.

In addition, the shots can astonish. Not only Cold War is well filmed, but it is also full of author’s original ideas: sudden cuts (with a great sense of time, on the very edge of artificiality), subtle, barely noticeable repetitions, the central framing of the characters and the delicate shadow play (which always gain a special status in black and white coloring). Post-war times received a beautiful puff piece.

Pawlikowski shows that he has not only a good eye, but also an ear. He can bring out both the imperfect simplicity and sadness of the small-town chant performed in the hungry and dirty reality of enormous poverty, as well as the clear voice of the same song that resounds in a well-sounded concert hall. Folk music, which is a recurring narrative thread, in some magical way speaks not only in the bones of the characters, leading to the inevitable culmination of tragic love, but also in us, viewers, triggering our emotions. There is something really melancholic about the returning song, “The Heart”, which is still stuck somewhere, even despite the spectacular socio-cultural change and the appearance of Polish disco (here: “Baja-Bongo”).

The title of the film defines the location of the narrative in historical time and a love relationship. Love as a conflict – a relationship doomed to fail in a fight with the whole world. Love here is a brutal act of irreversible, final choice, breaking the unstable balance of the world: one’s world, individual world, but also the world as a whole.

It all adds up to the film for which Pawlikowski deservedly received the Golden Palm for directing at the Cannes festival. A glorious example of the fact that beautiful things can still happen in Polish cinema.