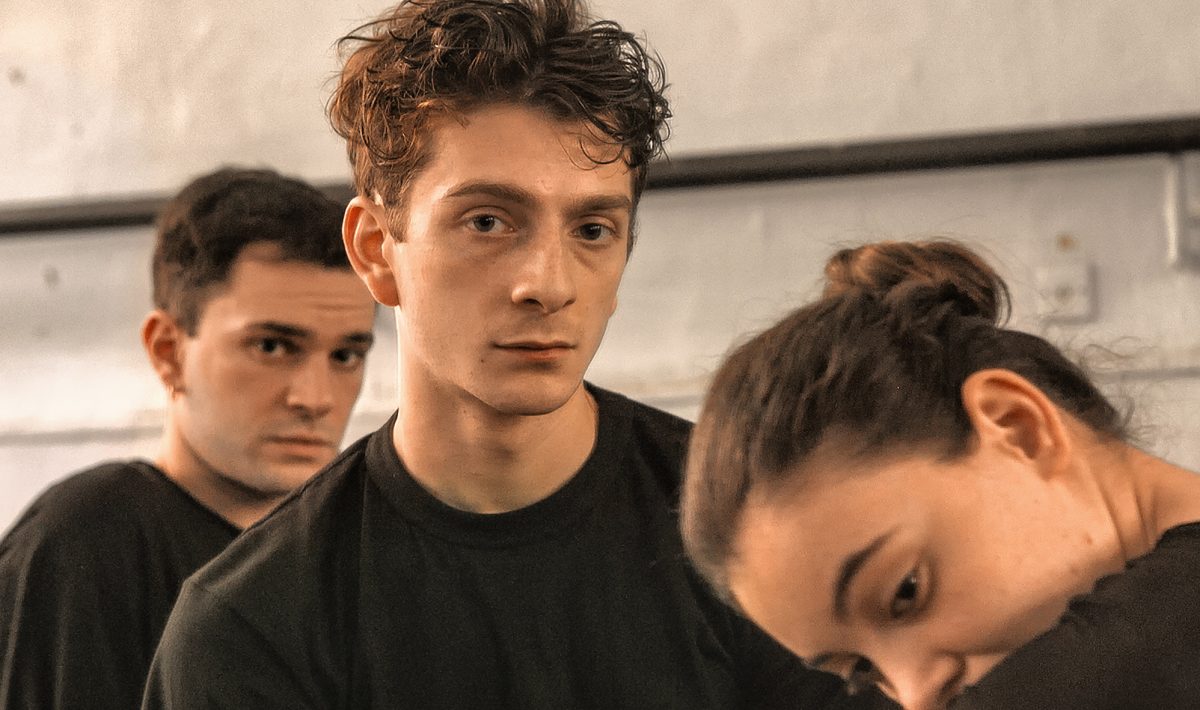 Levan Akin has found a charming way to show unorthodox love in an orthodox society. Here a strongly masculinized Georgian ballet becomes a field in which boils not only the so-called normative masculinity, but also purely masculine tension – love between two male dancers. And Then We Danced is a coming-of-age movie, which has the same sensitivity as Call Me by Your Name (dir. Luca Guadagnino, 2017) and is maybe even more effective, because it is telling about the present of an orthodox Georgian society.

The director is not brooding unnecessarily over that society. We have, of course, a portrait of a family struggling with economic problems, we have a suggestion of intolerance to differences and a great emphasis on tradition, and we don’t need more. Thanks to this, we can fully focus on the reception of the melodrama that remains in the foreground of the film and on what is most important in the genre – experiencing emotions with the characters.

Merab dreams of becoming a famous dancer. However, he has a problem, because in Georgian ballet, the most important thing is the exposition of male energy, and the boy has a talent for gentler movements. The hierarchy of desires will begin to change with the appearance of a new feeling – a desire. When a new boy, Irakli, appears at the Georgian National Ballet school, Merab begins to realize his otherness. Friendship will begin to flourish, and then love. They will be connected by a dance based on masculinity – which, as it turns out, even (or maybe above all?) in traditional dance does not always have to be heteronormative.

As it happens in dance movies, the narrative – at least in part – is told by music and choreography. Akin is not in a hurry with the evolution of his characters, stopping for a long while to show their relationship. Maybe only sometimes Akin dangerously balances on the border of kitsch – for example, showing boys sharing a pomegranate, a symbol of desire, and almost immediately consuming this aroused passion.

When the Georgian artist shows dance, he focuses more on the faces of the characters than on their steps. First of all, it allows the viewer to focus on boys’ experiences, and secondly it is a kind of tricky facilitation of creator’s work – making a movie about the dance (and about the dance in which details are immensely important) is really difficult. A large number of clever cuts do not interfere with the perception of the film – the aesthetics of Georgian ballet can still be felt.

What certainly deserves praise is the capture of the uniqueness of first love and the difficulty of discovering one’s sexual identity in a world where there is no pattern, how to deal with such desires and in the world where such love is strictly forbidden. The dance becomes a way of fighting tradition, which turns out to be more flexible than the tradition itself would like. Brilliant, symbolic last scene will leave viewers at the edge of their seats long after the movie.