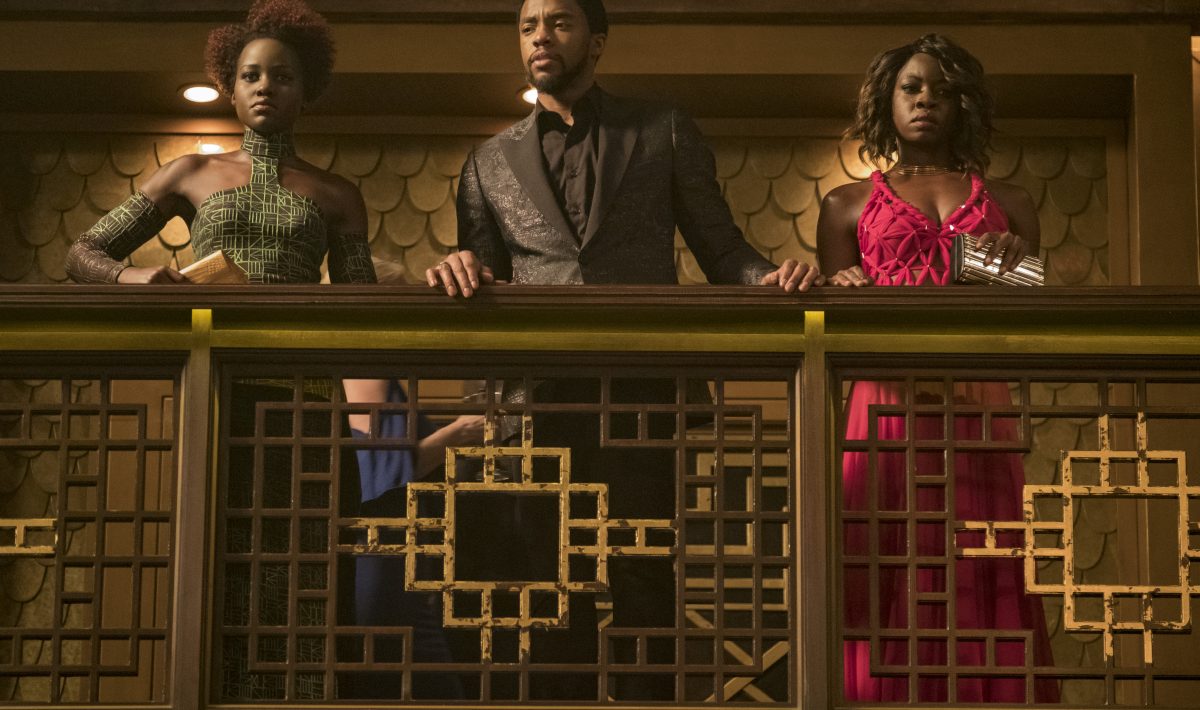 Black Panther is a film that uses a proven narrative recipe. Here we have a heroic tale – a simple pattern for the development of a hero who must first lose everything, go a certain way to get to know himself, his own borders, to broaden his horizons and discover the true source of his own power (here – a neoliberal vision of the development of his own state).

We get everything we could expect from Marvel. The only difference from other popular productions is role-play – the story is set in an inverted world, in which Whites have side, episodic roles, in which the civilization of Whites is the “second” world, requiring support, compassion, pity (at the same time racial tension in these “White” Western countries are not reversed – those with a dark complexion in the Western world are still “third worlders”, since the Black Panther state is elite, hidden, closed, so reversing roles is something local). Role swapping is something innocent enough in a film filled with colorful action, movement and attractions of a new adventure cinema that there is no doubt as to the universality of the presented story and it will not hurt anyone (well, except for the extreme right, for which main characters’ skin color itself will seem like a monster).

I am not going to interpret and deconstruct the whole story, the title of Black Panther, etc., and there is nothing interesting to interpret here – it’s a simple action movie, not much different from other productions set in the world of Marvel. So I am only interested in the topic of the state and the foundations on which it was founded. Wakanda is an ultra-developed country located somewhere in central Africa. The source of self-sufficiency and power of this country is the mineral – vibranium (extraterrestrial origin, of course), which centuries ago fell from the sky in the form of a meteorite on Wakandian territory. Since then, Wakanda closed its borders and became an island of peace amid the rough sea of ​​the history of the outside world. Now, after many centuries of peaceful isolation from the rest of the world, the Wakandans face a dilemma – whether to open themselves to the poverty and injustice of other countries, share their resources, open borders, share knowledge, or rather defend their independence and elitist oasis policy only for selected. Or maybe use their resources and technological advantage to gain power over the whole world? This is obviously a certain interpretation of the dilemmas of the West in the face of problems related to refugees from the Middle East and an attempt to legitimize neoliberal politics, closed in the simple premise of “open the borders only a little, and help them in their countries, creating conditions for the emergence of democracy.”

And this is where the problem arises, which makes this dilemma lose its meaning – why now? Why now Wakanda cannot bypass the choice: open to others or continue isolationist policy. Let’s stop for a moment and think. A country that has existed for at least several dozen centuries, whose technological development is ahead of other countries by a few laps of the development stadium, which watched the history of human evolution –  and I mean especially colonialism, slavery, the Civil War, world wars, wars between countries, as well as tribal wars. Why before – when racial tensions reached colossal proportions and injustice flourished and was perhaps even greater than today – Wakanda did not reveal itself, did not use her resources to help her relatives to prevent bloodshed. You can look for answers for a long time, but none will be satisfactory.

The Black Panther scenario would have gained value if, instead of the kitschy tale of an isolationist state, we had a solid reason for the country pursuing such and no other policy. Let’s imagine that the closing and withdrawal of Wakanda is the result of past experience, i.e. long ago the Wakandans tried to take control of the world, but to the opposition of all countries that united and fought together, abandoned their claims. Or – they received the order to distance themselves from extraterrestrial civilization, the creators of vibranium. Or maybe – they once took control of the world, but human minds were not ready to understand their technology, so they worshiped the Wakandans as gods, which over time became so annoying that they broke this relationship.

Literally anything would be better than leaving the story alone, just like the filmmakers do. Similarly – by comparing Black Panther and Wakanda to Europe, one can challenge the neoliberal project of dealing with the refugee crisis. Well, why now? Everyone was aware of the crisis before it took on such a large scale.

It’s about some feeling of guilt. About policy of closing down and cutting off from the rest of the world as one of the factors widening economic, technological and infrastructural differences, etc. That, in a way, through this isolation, the current situation is so critical. The actions of the Wakandans (actually Black Panther and his party, if I can put it this way) are therefore resulting from these feeling of guilt. From a sense of responsibility for this state of affairs.

Ultimately, Wakanda strives to repair damage that cannot be repaired, it is impossible to level the playing field, to give everyone an equal position on the field. Wakanda buys peace of mind by building culture, education and development centers, which are undoubtedly something positive but will not involve everyone.

Black Panther is therefore a film thanks to which we can clearly see the action of Western policy. Still repeated attempts to maintain the status quo – doing everything to support the economic gap between those who are in power, who have knowledge, resources, technology, and those who are on the margins, who can only blindly dream and believe that they will find themselves once in this narrow group holding power.