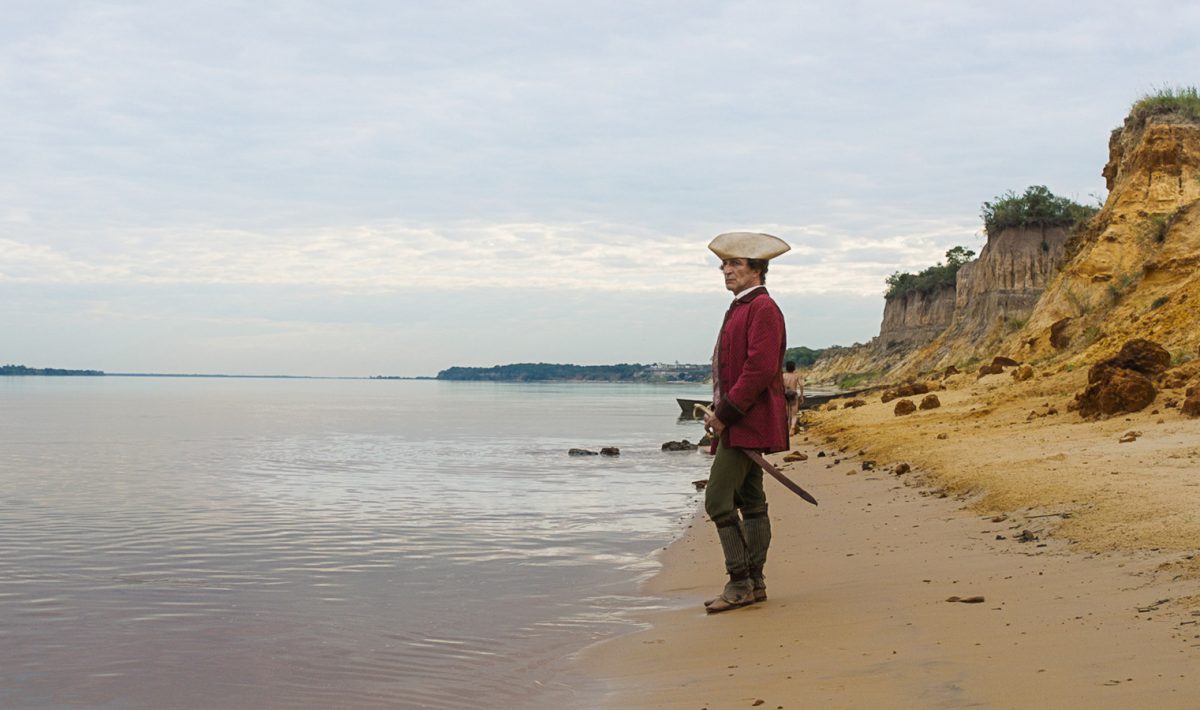 Lucrecia Martel tells a brilliant tale of Zama, Spanish senior official managing a small coastal colony located on the Atlantic, away from beaten trade routes and European civilization. Diego de Zama expects promotion and relocation to a larger colony. Bored with the slow passage of time, he wanders around this small space, peeping at the natives and longingly talking – with equally bored compatriots – about a higher culture left behind the great sea. At the same time, he forgets about his duties and the cruel memory of the colonial system, in which Zama, despite the position he carries with his chest out, is just a simple cog in the machine.

Under the eighteenth-century costumes lies not only the image of order based on the ruthless, feudal hierarchy, but also patterns of behavior well known to us today – blind commitment to corporations, careerism and painfully simplified life subordinated to the system of rewards and punishments. Martel reaches for satire, sweeping away the prospect of success from her hero, taking more and more from him and stripping him of colorful robes.

Zama, obsessed with his promotion, doesn’t see what is happening around him. He ceases to fulfill his duties, slowly leading to the fall of himself and his surroundings. This fall, at first slow and subtle, becomes more and more pronounced, reaching colossal proportions. The tragedy of the hero, who the more tries to climb up, the faster falls down, is echoed by cracks in the reality. It’s almost like the regression of Zama let into the rational, logical world of a clerical corporation, more and more frantic surrealism (wild animals indoors, ears cut off hanging on a necklace of the clerk successively taking over the duties of Zama, strange activities of the inhabitants of the colony, oneirism).

Argentine director’s first film in nine years, modeled on the 1956 Antonio di Benedetto novel of the same title, can bring to mind another work on similar subjects. I mean Aguirre, the Wrath of God from 1972 directed by Werner Herzog. Martel, unlike the German master, does not strive to fit the narrative in the textual layer, limiting words to a minimum. The gentle madness of Zama is, thanks to this, more credible, quiet, without being gaudy. He is silent, he is no longer able to capture the reality leaking between his fingers, he is unable to find meaning in words, as if speaking alone was difficult for him, as if he lost the ability to communicate with the system – and we with him.

Martel’s satire, ironic, quite brutal towards its characters, also reminds of the dark humor of Albert Serra (e.g. Death of Louis XIV). Like the Spanish neomodernist, the director places a sharp, ironic commentary in a leisurely picture, somewhere between the proper narrative and the internalized psychology of Zama losing his mind. Slow cinema making fun of the ever-accelerating corporate world. Is there a razor that would be more sharp?

If you like slow cinema and you are not afraid of intellectual effort, you will share the positive opinion of critics who have warmly welcomed Zama. To all cogs, between whose work the system puts sand, I wish not succumbing to its repressive policy and bravely resisting the madness.