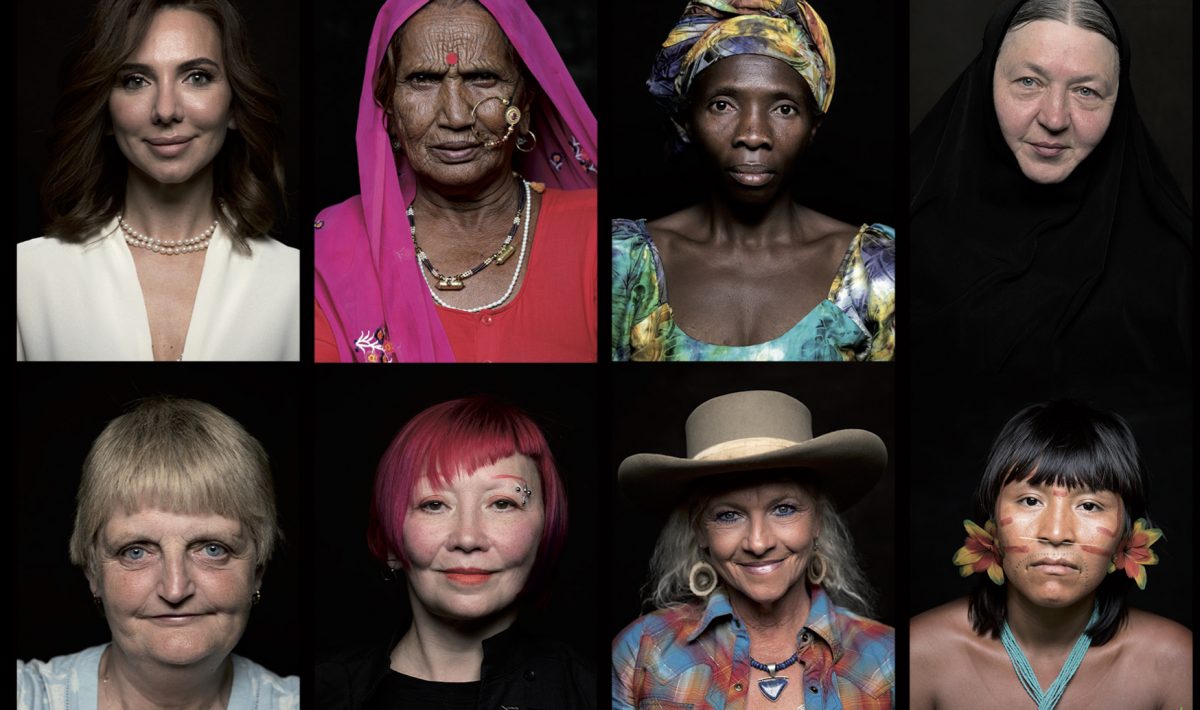 Woman by Anastasia Mikova, Ukrainian film director and journalist, and French director and photographer Yann Arhus-Bertrand, is a laurel made for women and femininity. On the screen we will see 2,000 female faces from 50 countries and hear stories joyful and sad, personal and those resulting from community life.

It is a kind of cinema about which, as a man – regardless of sexual orientation, sensitivity and worldview – I have doubts whether I can write about it, whether I can evaluate it or criticize it. I feel strong emotions and deep shame listening to stories of rapes and acts of violence that affect women on the part of men, listening to the extreme experiences of women who managed to break free from the cage of human trafficking, listening to the despair of girls who were deprived of free will by the society and the family cell (e.g. by marrying them with someone whom they don’t even know or giving them away (at a very young age) to an unknown men).

I am ashamed to be a man and I am ashamed for men. I think it’s good that Woman evokes this kind of emotion, but at the same time it is another example of a documentary that convinces already convinced without looking too much out of their bubble. Of course, the positive value of this monumental work cannot be ignored – after all, someone has at last tried to give women due honor and paid attention to their strength and status in society. After all, it’s easier to feel relief, strength and bond of being in this huge community of similar experiences.

This movie should not only have a comforting task. This is not a film just for women and it is not a film that should only be shown during festivals. Its recipients should be above all those who lack education, who did not have the chance to develop adequate sensitivity and awareness, who use violence for various reasons, or simply – who enter adolescence and look for their place on the map of opinions and life attitudes. It is a pity that Woman will not ever be an obligatory reading.

There is one more problem that the creators of Woman have ignored. One of the assumptions of the film was to treat femininity as a whole, the fullness that occurs throughout life – from birth to death. There were also views on sexuality, motherhood, memories of growing up, identity, but there were no girls’ experiences in progress (only adult women appear in the film), and for old age – as one can get the impression – there was not enough space (it was shown between two segments telling about extremely negative experiences, which could not resonate).

In addition, Woman is only seemingly democratic when it comes to presenting femininity[1]. The languages (with an emphasis on French) ​​of developed countries dominate the movie – the countries of Eastern Europe, the Balkans, Central America, the Arabian Peninsula and a large part of Africa have been almost completely omitted. That great diversity just lacked… diversity. There is no mention of religion in the film and the cultural differences are visible only in the visual layer. Although, of course, the feeling of femininity and the relationship with other women are something integrative, one should not universalize the whole experience, which, after all, can be very different.

Despite the multitude of faces depicted in the film, paradoxically, only one face emerges from it, and incomplete, as if the creators desperately wanted to classify, to define femininity, so that it could be easier to embrace and understand. I think this is due to the Eurocentric, neoliberal approach (which tends to redraw everything in its fashion).

Although I criticize the disadvantages of Mikova’s and Arhus-Bertrand’s work, I consider Woman a necessary and beautiful film. Even being an incomplete work, it can effectively move and open viewers eyes to the still unsolved problems of the modern world.

[1] Miłka, thank you for all the emotions, but also for paying attention to the mistakes. ;>