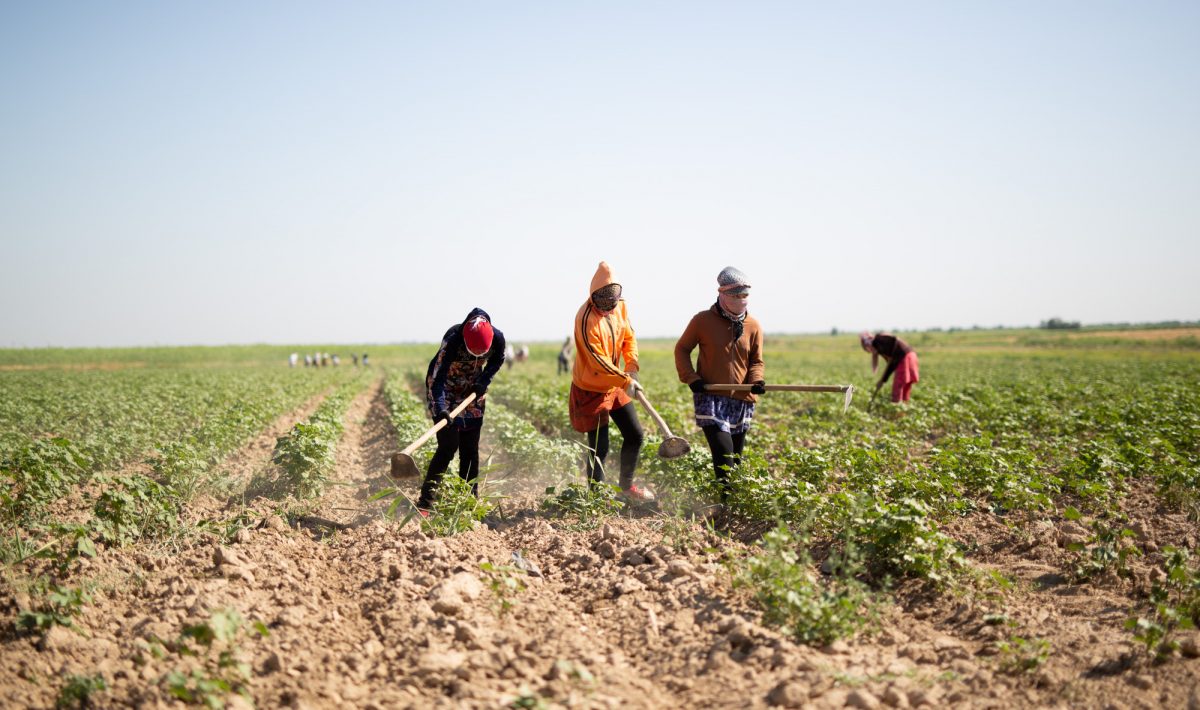 Have you ever wondered where your clothes came from? Or at least – what was the production chain of your favorite blouse or pants? The Story of a Panty by Stéfanne Prijot is not another episode of How it’s Made?. This is a reliable view of the clothing industry and the nightmare of human slavery, on which the prosperity of developed countries stands.

The film by the Belgian artist makes us aware of the scale and opens our eyes to what we all perfectly know and effectively learned to ignore – to disregard of human rights in the name of the artificial capital-driven needs. Prijot – reporter and photographer – has a good camera eye and at the same time can focus on the experiences passed on by workers. Although some stories were told by the actresses (due to the clothing companies threatening the workers – some simply could lose their job, the only source of income, just for appearing in the movie), they are true. And they are only a fraction of similar stories.

The Story of a Panty it’s a journey from factory to factory, from state to state, from woman to woman, and the common denominator is a clever mechanism that gives no choice: you have to work, that’s the only way you can survive. Dreams and possibilities offered by the system (e.g. education, communication with large agglomerations) are illusory, because everything works under the dictation of great money. It is a world in which a catastrophe lurks around every corner (lack of basic social benefits, insurance, etc.), in which for every mistake one will be punished (the mere expression of the desire to leave, to break the slave chain, can mean a farewell to the source of income), from which it is impossible to escape.

The form of the Prijot’s film resembles on the one hand the achievements of Godfrey Reggio in the Qatsi Trilogy (factory spaces, production lines, shots of towns, villages, a brief glance at local customs and culture) and on the other a solid reportage work in accordance to  a simple creative assumption that it is enough to take the camera in your hand and just start filming.

The problem with this kind of cinema is its low clout. The Story of a Panty has no chance to become a film that would be widely distributed. Moreover, its bravado and charisma pales in comparison with the powers it speaks against. Regardless of the emotions it evokes in this narrow group of festival viewers, the people it talks about will remain isolated and the fight against the disgusting, anti-human behemoth will lay on their tormented shoulders.

Prijot seems to understand this – she does not stop at the pure transfer of information. She sees hope in this hopelessness. People going out into the street (millions of workers demanded a minimum wage in Indonesia – successfully – and the struggle continues) and educating themselves.

At a time when here, in the West, ordinary people are slowly but systematically deprived of basic rights (working time has actually colonized the free time, the gap between the richest and the poorest is widening, etc.), perhaps it is worth looking for hope where it seems to be gone.