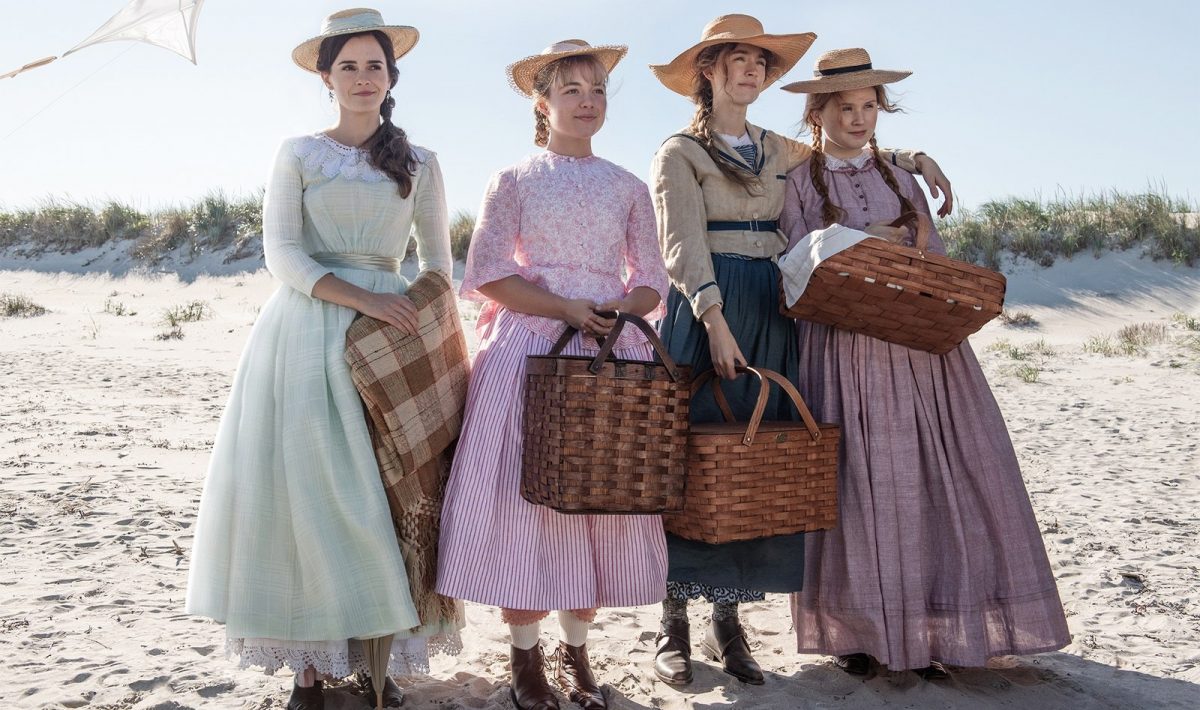 The second independent feature film made by Greta Gerwig confirms the artist’s reputation as the Hollywood voice of feminism. We perfectly remember Lady Bird from three years ago, in which Gerwig deconstructed the upbringing in a traditional Catholic high school environment from the perspective of an adolescent girl, (not without delicacy) criticizing the absurdities and blockades of a religious institution disturbing the intimate and emotional development of the community. This time the artist goes a step further.

In Little Women, there is no neurotic-urban style that glued to Gerwig not necessarily comfortable label of the female Woody Allen[1]. Instead, one can see the work of a culture expert who creatively uses literature and the tradition of adapted material not only to reverse the perspective of a sugary historical narrative, but also to comment on the present.

This is not the first adaptation of the work of the nineteenth-century novelist, Louisa May Alcott. Apart from the one made by Gerwig, there were ten of them in the past – four appeared on the big screen, six could be seen in the comfort of home cinema. What is so special about this classic women’s novel, published in 1868, that only Wuthering Heights are probably the larger screen magnet?

Perhaps it is about the exceptional flexibility of Alcott. The novelist was a feminist, and she was also actively against slavery. But she presented the struggles and dilemmas of her characters subtly – just as the women of that time had to give up their desires, hide emotions, and the only available fight was unwavering perseverance, Alcott placed the exceptional commitment (for her time) between the lines. Perhaps it is also about the personal dimension of the work of the nineteenth-century writer – in a sense, she describes her private dreams and dilemmas (Alcott’s alter ego, Jo March, is an aspiring writer), as well as the experiences of growing up with sisters in a home where their father was often missing.

Gerwig is perhaps the first of Alcott’s adapters who could read between the lines – as if Alcott’s novel had to wait for the right times and sensitivity. As if it had to wait for a woman. There is one most emblematic figure in the novel as well as in the movie. It is the figure of a mother raising her four daughters alone, Marmee March (Laura Dern), who, unlike her earlier versions, is not just a flawless image of the good that seems completely invisible on the screen. Dern brilliantly doses real, vivid, strong emotions almost boiling under her skin – frustration, fatigue, anger. After all, she is a woman who devoted her entire life to her family and her ever absent husband. But it is her strength, commitment and perseverance that will be the life signpost for adolescent girls who will learn to function in a corrupt, masculine-centered world.

One can get the impression that Gerwig did that kind of work that was often missing in American cinema. She does not portray her characters, she develops them. She does not practice homage towards second-wave feminism, but rather looks at its heritage and wonders about the struggles and work of her ancestors. In this respect, Little Women resemble another excellent work (in which, by the way, Gerwig played some part), Women of the 20th Century from 2017. Both films are a comprehensive cross-sectional work on the strangled female world. They bring educational and analytical value – and above all, they give hope that women will finally gain their rightful place in the modern cinema and society.

It would be most interesting to see the clash of two brilliant female-centered films and two looks at historical and contemporary feminism (Portrait of a Lady on Fire and Little Women) during this year’s Academy Awards and think about whether the West is coherent in its vision of femininity. It is a great pity that the French have chosen another work as their representative – regardless of whether the Golden Palm Winner (Les Misérables) is an outstanding film or not. These Oscars could have belonged to women.

[1] There is some irony in this, given the fact that Woody Allen was accused of sexual harassment.