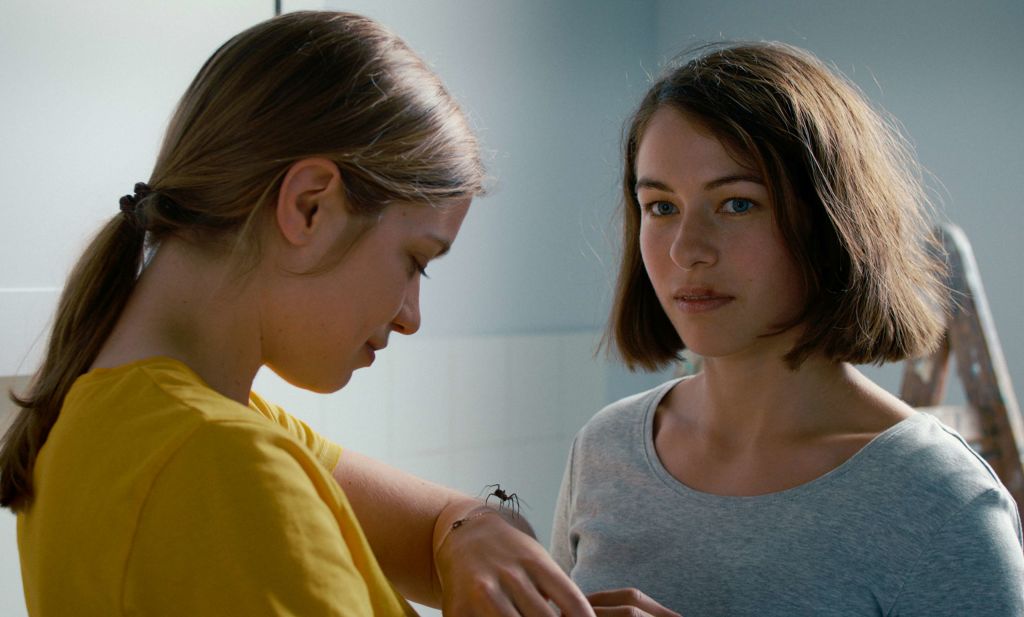 Ramon and Silvan Zürcher’s The Girl and the Spider is an ambitious deconstruction of the modern, synthetic family cell, i.e. a friendly, roommate collective. Just like in the family, the bonds between the young heroes are as strong as they are complicated. However, instead of exploiting juvenile drama, the Zürcher Brothers focus on the moments in between, on all the small, awkward behaviors that happen under the influence of stifled emotions, when we do not know what to do with our bodies. If we were to imagine a slow cinema-style sitcom, it would be the film by Swiss directors.

Lisa (Liliane Amuat) moves out of the shared quarters to live alone. From the perspective of Mary (Henriette Confurius) standing on the sidelines, we follow the course of moving out from the old flat. Although no one says it directly, one can feel regret and physical tension in the silences between the friends. But we will not see the culmination of the conflict in this indefinite relationship on the screen – as if it was already too late to react, as if friends could only passively observe the ongoing tragicomic catastrophe and come to terms with the inevitable separation.

It is the camera that takes responsibility from its neurotic heroes – the Zürcher Brothers focus on random glances revealing relationships between roommates, on the drink that slowly spills from a plastic cup, on the herpes oozing on Mary’s lips. The creators extend these gazes, giving viewers the impression of brazenly watching situations that are not their business.

The Girl and the Spider is a film in which girlishness plays the main role. Emotions are pushed beyond the frame and inside the protagonists, building a sense of frustration and helplessness. All attempts to communicate are interrupted by a sudden change of frame, like a nervous tic, or the classic pop hit from the 80s, Voyage, Voyage by Desireless, returning every now and then. Perhaps only the title spider wandering on the wall knows how to get out of this emotional impasse – if only he could talk.

The Zürcher Brothers’ full-length debut is an introverted and neurotic film, shot with calculated awkwardness. It is also a charming piece, which is viewed with a similar feeling that accompanies listening to Voyage, Voyage – one unconsciously starts to dance despite a mild irritation.