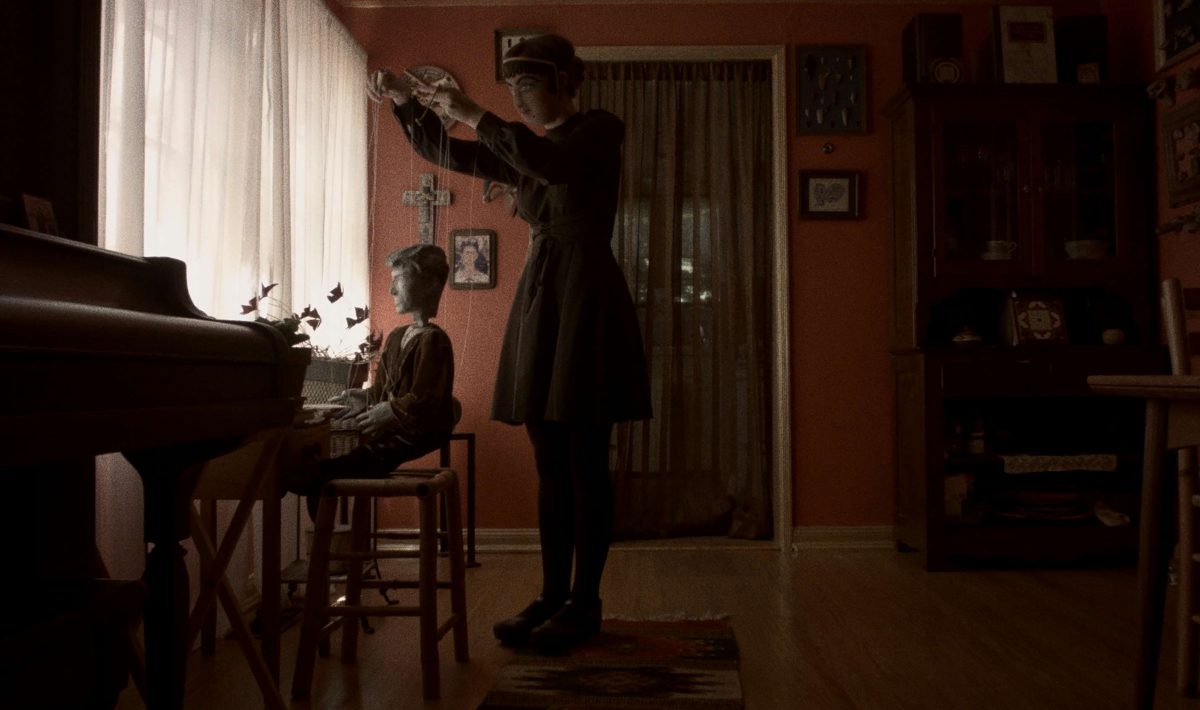 Cinema is a medium as rich as life itself. In order to arrange films in the framework of a universal history of cinema, the creators deal with material of the rank of great philosophical world models – it is already too late for them, the cinema has swelled to such enormous dimensions that it can only be talked about on a micro scale. Ross Lipman, one of the most important contemporary reformers of independent cinema, reaches with surprising ease for a fraction of this enormous history, cutting, stretching and creating a unique collage of history: not only cinema, but also ventriloquist art.

In The Case of the Vanishing Gods, Lipman mixes various orders by breaking the fourth wall, giving dolls a status equal to those of puppeteers, reviving them not only physically, but also feeding them with ontological fears, weaving a complex psychological grid. Doctor Labyrinth, a psychologist-announcer, is starting the therapy of Hugo, a puppet going through a deep identity crisis. Subsequent sessions of therapeutic hypnosis reveal Hugo’s deeper and deeper fears, taking the form of a collage in the film – a video essay on the cultural history of ventriloquism, from ancient Greece’s oracles to contemporary film horrors.

Lipman makes no secret of the work of puppeteers – puppets remain puppets whose movements are the result of pulling their strings by someone standing above them. They are imprisoned, enslaved and objectified. But perhaps they don’t want to play that role at all. Perhaps the story of ventriloquism is the story of a conflict between two civilizations: people and dolls. It is a clash with an endless history of complex relationships interwoven with mutual fears of what is strange, unknown, and of death.

The American artist is not presumptuous, he does not treat his knowledge and skills as a revelation, and is not afraid of kitsch, irony and fun. Yes, there is no shortage of fear in The Case of the Vanishing Gods, but there is also plenty of liberating laughter, and the film collages universalise the story as a part of the history of cinema devoted to dolls. As in the experimental ★ by Johann Lurf, the history of cinema according to Lipman is democratic. People’s fears of ventriloquist’s dolls seem to be equal everywhere and for everyone.

The Case of the Vanishing Gods is an attractive film that sets a clear direction for independent cinema. It is a premise that video essays will play an increasingly important role beyond the mainstream cinema.