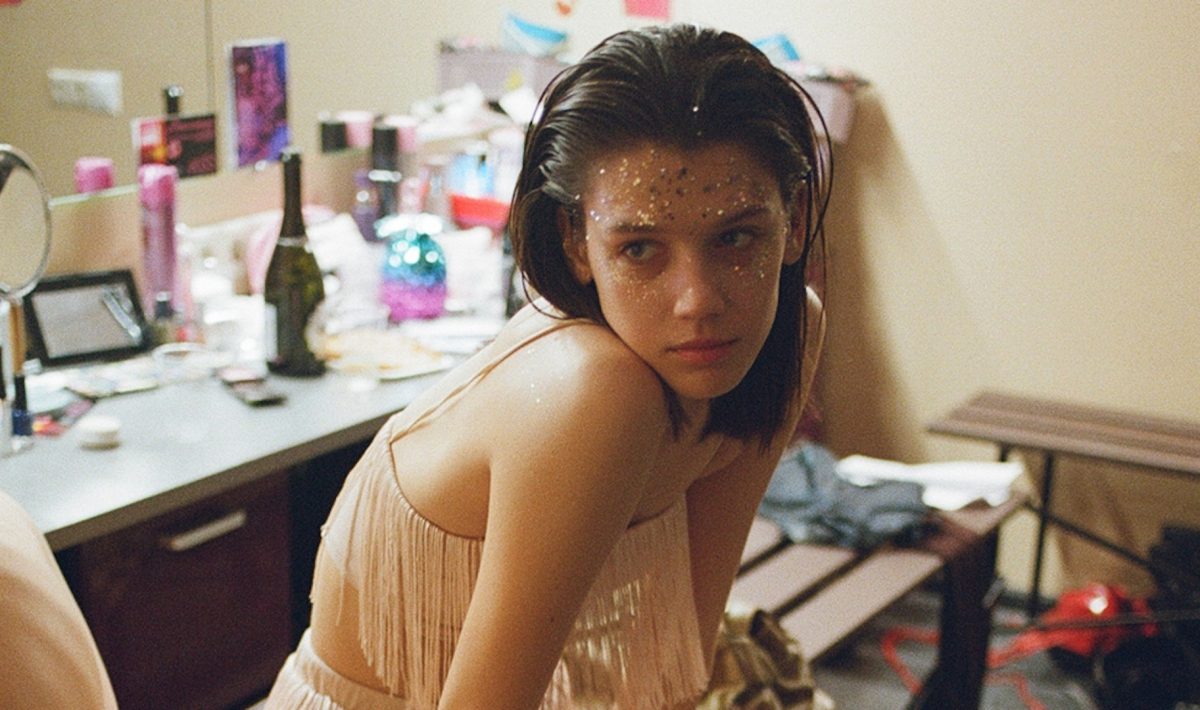 If I were to try to characterize contemporary Russian cinema (or at least the one that manages to break through the lack of funding and difficulties in satisfying state censors) in one sentence, I would say: it is a cinema whose nature is to combine social problems with metaphysics. Gerda by Natalya Kudryashova is a clash of these two worlds – a delicate, innocent soul with wild everyday life in which one has to fight for survival.

Led by the director, Krasovskaya creates the character of the fragile, innocent Lera with remarkable sensitivity and delicacy. Despite the fact that the heroine does not face any adversities or even sharp comments from her colleagues from the club, accepting them in silence, an enormous, unexplained strength emanates from her. At one point, Lera’s mother sheds light on the source of this ephemeral force, pulling out an old, childhood photo of her daughter. The photo is failed, it has been overexposed – but in such a way that it seems that little Lera has wings. “Lera is under such pressure that she cannot spread her wings, but one day…”, says the mother with the kind of brazen irony that only mothers can afford.

The protagonist’s entire life seems to be overexposed in some way – as if the recurring dreams in which Lera sees her own soul are cracks in the matrix of reality, like those childhood photo wings that she still cannot unfold. Yes, it seems that the heroine does not belong to any of the worlds, she is stuck somewhere in between – but she can inexplicably influence reality, changing the invisible and affecting the visible.

Kudryashova’s film is being somewhere on the verge of magical realism through a visual bravado. For example, through a long, trance-like dance sequence, counterbalancing Lera’s quiet emotions. One can get the impression that the metaphorical spreading of wings is not only about finding Lera’s own way and coming to terms with her own self, with her fragile soul, but also about emancipation: as an independent individual and as a young woman. And although the Russian director’s story may not have avoided stumbles and cracks in its own structure, one can be sure that Kudryashova will one day spread her wings.