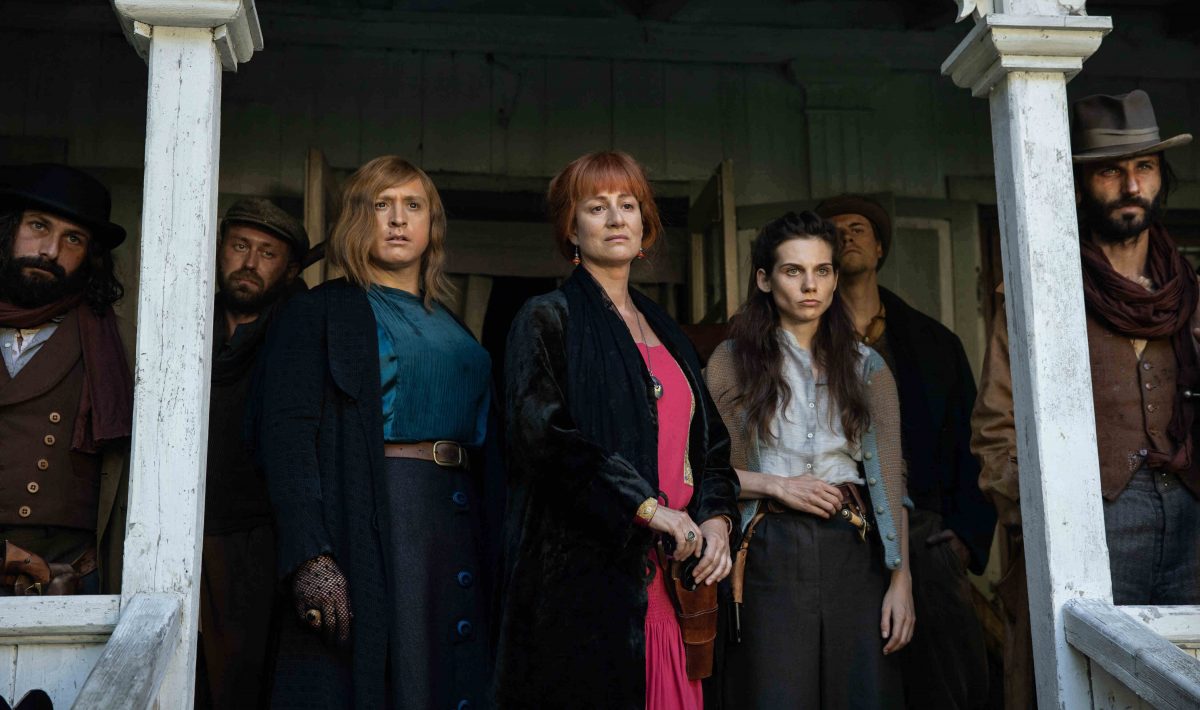 The Polish gangster comedy is a zombie genre. Dead, and yet rising from the grave once in a while to feed on the nostalgia of the audience (mainly the male part of the audience, one can get an impression) for such hits as Poranek kojota from 2001 or Kiler from 1997. Maciej Bochniak’s Magnesium faced the unique opportunity to play this nostalgia on the nose, exploring the possibilities of the genre, but also deconstructing the romantic image of the greatness of the Second Polish Republic where one lived to the horizon. Both issues were completely wasted by the artist, and the chance for a picture that would disenchant the myth of the Polish, idyllic borderland was unused.

The idea of ​​the movie is attractive. Here, somewhere on the Polish-Soviet border, in the heyday of the interwar period, the father of the Lewenfisz family – a local group holding power – dies. Heirloom from the father is taken over by three daughters, headed by the middle one, Rose (Maja Ostaszewska), who wants to expand the illegal trade with the Soviets to the area of ​​drugs. Meanwhile, in the town, Albert and Albin (Dawid Ogrodnik, Mateusz Kościukiewicz) – photographers and siamese brothers treated as local mutants – are undermining the Lewenfisz treasury located in the bank. The conflict will be additionally inflamed by the arrival of inspector Stanisława Kochaj (Agata Kulesza), who will hit the middle of an intrigue.

Although it might seem that the gangster comedy convention, additionally strengthened by western (or rather eastern) genre, is a perfect excuse to face the toxic image of Polishness (Polish lords as good gentlemen, we are all descendants of the nobility, peasants are not even mentioned, they are only slaves, all Others should be shot), the creator of Disco Polo omits this topic with a wide berth. Instead, he plays dress up games, stopping at the level of Polish cabarets. A man dressed as a woman – Borys Szyc, who plays Lewenfish’s eldest daughter – unpleasantly draws attention in the movie.

To make matters worse, the cabaret giggle turns into a cackle when brothers Albert and Albin appear on the screen. Get ready for some slapstick. They’ll get kicked, they’ll head into the horse’s dung, they’ll sink in their ineptitude. Bochniak treats the behavior of the community towards them as something completely natural, not trying to make any comments, to descend from the safe heights of coarse cackling.

Ideologically, it is impossible to defend a film that makes fun of gender, otherness or historical problems deeply rooted in the Polish national mentality in such a thoughtless way. Distance to one’s own history and to great social problems is something necessary, but the line between joke and violence, especially when it comes to sensitive issues, is slim, and Magnesia crosses this line by tens of kilometers. Perhaps sometimes it is better to hold back a cackle and not resuscitate something that has been rotten for a long time.