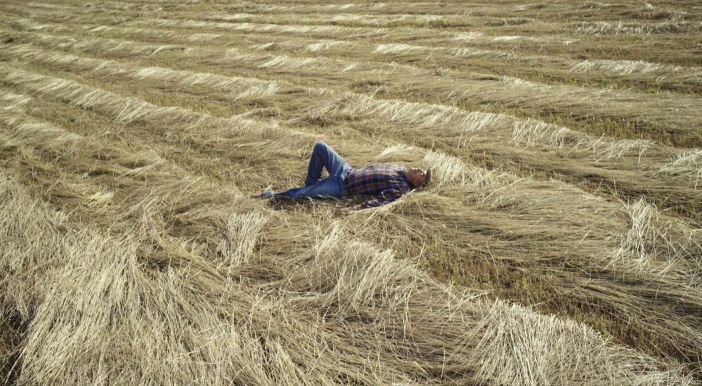 José Filipe Costa is another – next to Miguel Gomes (triptych Arabian Nights from 2015) or Pedro Pinho (phenomenal The Nothing Factory[1] from 2017) – Portuguese director who refers to magical realism, wanting to comment on the long-term social effects of the economic crisis that has affected his homeland. Pleasure, Comrades!, the artist’s latest film, which premiered at the 72nd Locarno festival, is a work that consciously mixes the past and the present, finding points of convergence in a society whose history has come full circle.

Guests from the east come to Portugal, wanting to serve the aftermath of the Carnation Revolution, which first shook the foundations of the fascist dictatorship of Marcel Caetan, to effectively overthrow it later. We have 1975, a full year after the Revolution, which began to bring harvest. Costa returns to the past, but instead of playing costume cinema, he places leftist activists in the roles played by older non professional actors who remember the times of the mid-1970s perfectly. We go back in time only in the imaginary layer. What is happening now is neither reproduction nor memory. It is an improvisation of older actors about the past. At first glance, the director entrusts the imitative role of telling about the social moods of the time. In fact, Pleasure, Comrades! was built on imaginative-recollective improvisation of scenes that might as well have happened today.

Instead of serving another picture of the poverty caused by the collapse of the political system, Costa focuses on social and moral issues. He forces his amateur actors to play scenes that touch the present and contemporary tensions between equality and leftist ideology, between gender and politics. At first glance, old man improvising on the subject of women’s liberation, sexual freedom or even a simple distribution of responsibilities may seem absurd. However, with this simple metaphor, the Portuguese director makes us realize how nigh we have come in less than half a century.

We are currently having the same disputes. Disputes that in Pleasure, Comrades! were adopted by the old, tired faces of people who had already led this discussion once. By using this deft metaphor, Costa shows how little has changed in the political reception of sex and looking at social relations since the 1970s. At the same time, the work of the Portuguese makes us aware that this ingrown in the old – in the old system, in tradition, in habit – is what prevents us from making internal change. We cannot resist the comfortable, emotionally-based ideology that drags us to downfall.

Costa seems to be laughing cynically at us, contemporaries. He is laughing from the fact that we are unable to draw conclusions, from the fact that we are these old men who are still struggling to keep the balance between old and new, between negatively understood tradition and necessary progress. But perhaps one should see hope in those who will come. From the East, West, North or South. In relation to them, we may once again find political youth.

[1] I refer to the essay about this movie, which appeared in issue 21 of the View. Theories and Practices of Visual Culture journal. Sadly, the essay is available only in polish.