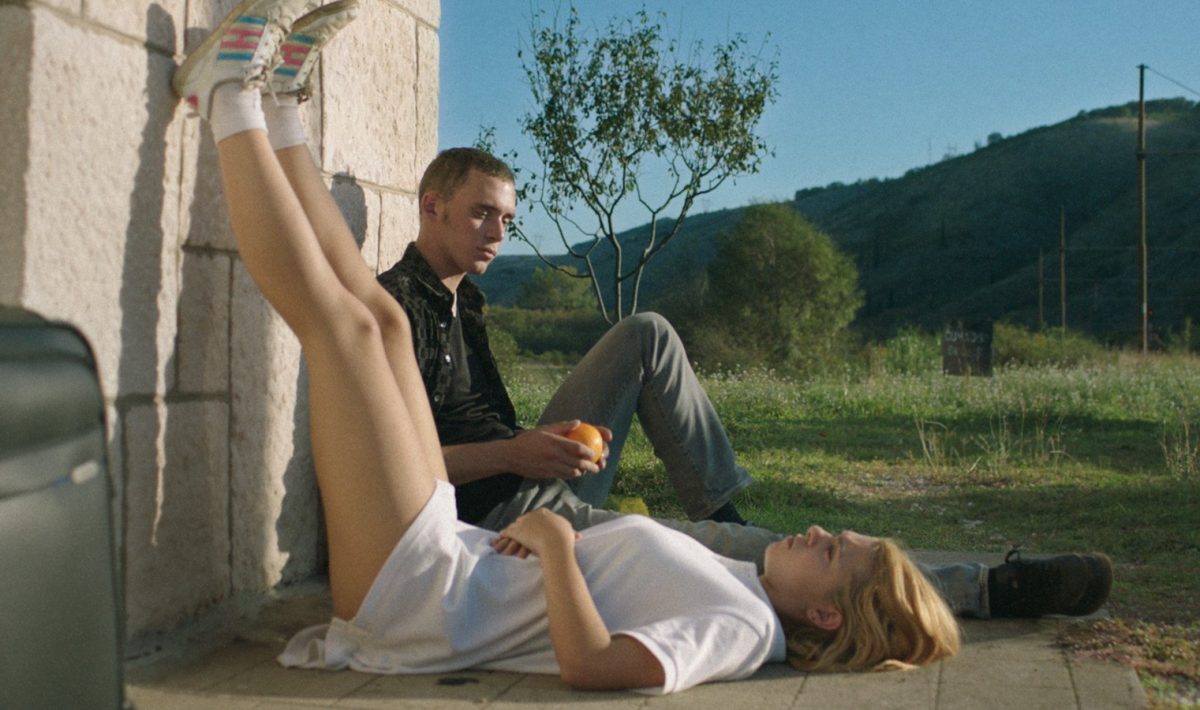 We can rarely find a director who not only creates a good film, but is also able to clearly present his or her intellectual foundation, which, moreover, is noticeable on the screen. This is what the young artist Eni Sendijarević managed to do in Take Me Somewhere Nice.

Life of young Alma, who lives with her mother in the Netherlands, is interrupted by news of her father’s deteriorating condition which forces her to return to her native country, Bosnia. She arrives to a wild world in which she is left alone to cope with it. Here she will lose control over her problems and herself, starting to act more and more chaotically and under the influence of sudden impulses – from dyeing her hair pink to sex with her cousin, Emir, and romance with his friend, Denis. Although at first glance it seems that Take Me Somewhere Nice is just a holiday entertainment cinema, it is a thoughtful and mature work.

The director based her debut on the following tensions: East-West, Balkans-Europe, civilization-nature, city-village, male-female. Alma represents the schizophrenic perspective of the immigrant, torn between the two. Between a comfortable first world and Bosnia full of surprises. Between shyness and aggressive body. Between distance and impulsive decisions.

Sendijarević deftly presents the ever-changing relations of power. At first, Alma will have everything under control – which will always be confirmed by the positioning of the frame and locating heroes in the up-down axis – then, under the impact of a collision with a close, though alien world, the situation will reverse to finally achieve a shaky balance status. This ceasefire is a kind of alliance against a greater threat: the inequality of subjugating capitalism.

The artist, being an immigrant herself, wants to be brave, wants to free the bodies and minds of not only her characters, but also the young viewers. Hence, the great emphasis on carnality in the film and reflection on the status of modern woman and modern man.

The fact that, despite the evident leftist intellectual background, Sendijarević is quite conservative in her film diagnosis, may be surprising. She looks kindly at patriotism, treating it as a part of the identity of being Bosnian. After all, in Bosnia, only the first generation not wounded in war now enters an adult, conscious life.

Take Me Somewhere Nice is not only about Bosnian matters. It is effectively entertaining and one of the more accessible, and at the same time justifiable, ways to show dynamically changing reality in those places where there was very little time to enjoy freedom.