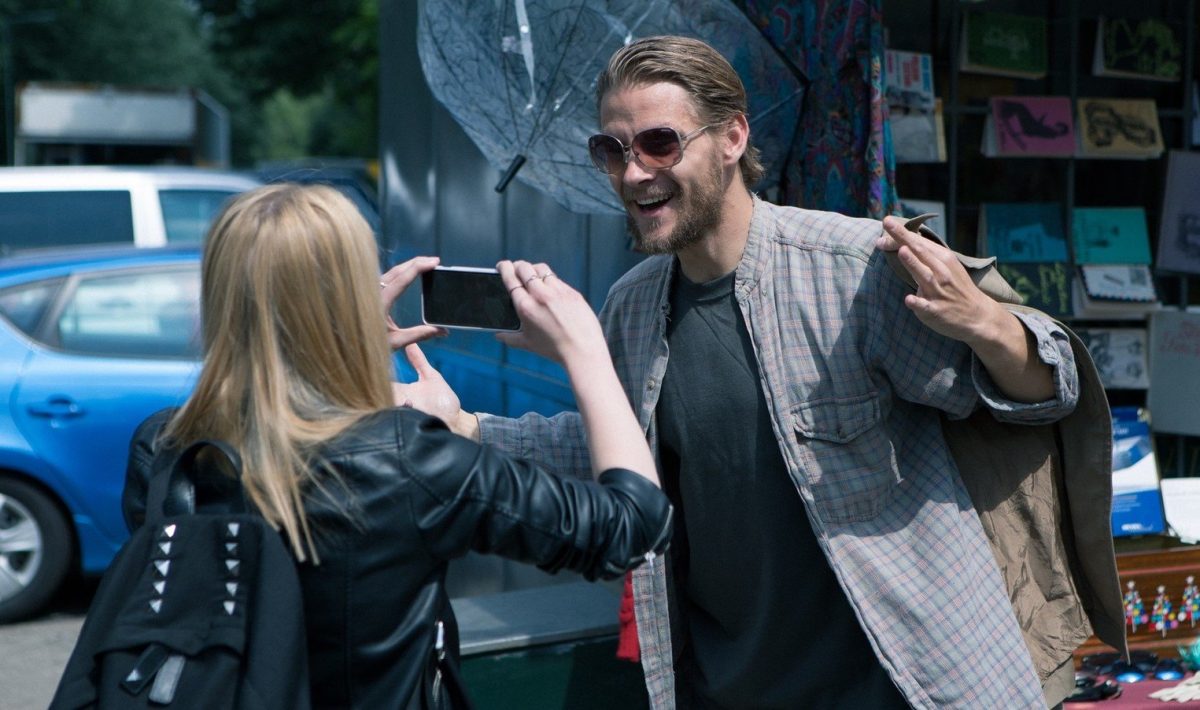 Writing about a movie that you haven’t seen is not entirety an ethical thing. However, there are films where the decision to leave the cinema is a kind of silent opposition to the lack of artistic quality or political vomit impossible to swallow and not get sick. Xawery Żuławski’s Bird Talk is such a film. Compared to his father, young Żuławski is just a miserable cinema pest.

I hold to the principle that if I start watching a movie, I watch it to the end, so I feel a certain obligation to explain why I actually left Bird Talk. Many things irritated me. I was embarrassed by the acting which, aspiring to the hysterical emotional exhibitionism known from the father’s films, instead became a chaotic mixture of puffing, screams and vulgar poems, completely devoid of even, fast rhythm. Of course, the speed of Bird Talk is high – it can’t be otherwise, since Żuławski junior is designing to be the successor of his daddy’s talent – but he is eager as a drunken man. Well, what exactly can such tycoons of acting like the Mroczek brothers, Borys Szyc or Sebastian Fabijański playing the alter ego of Xawery Żuławski, Marian, achieve if they are left alone? The only shameful achievement is causing tremendous shame.

Marian, clearly dreaming about becoming a romantic prophet of the Polish middle class, probably would like this shame to result not from behavior, but from the sublime task of defending the Polish democratic spirit against the temptations of fascism. The problem is that in Bird Talk, the growing radical ideology has been reduced to brutal pranks of high school youth (putting a basket on the teacher’s head) and offensive, stereotypical pictures of a crowd of colorful figures. It’s like trying to screen all memes with proboscis monkeys and understand them literally.

The attitude of young Żuławski to Polish reality is a vision of someone who last left the house in the 90s, and since then he has been feeding himself alternately one and the other leading television station and one and the other most popular opinion-forming periodical. And this is probably something that was for me the last straw that broke the camel’s back long  before the end of the film.

The director simply copies the duopoly discourse. For him, anyone who represents a hostile option goes to the same bag, marked FASISM. In turn, this good side is the intellectual elite. I don’t understand how you can stop at such a shallow view of Polish reality. Only the program of the neoliberal opposition to the Polish parliament is probably shallower.

It would seem that the creator of the film adaptation of Snow White and Russian Red (2009) had enough time to learn something from reading his friend, Dorota Masłowska. It is impossible to talk about Polish problems without paying attention to the growing, inter-class differences in quality of life, economic and modernization issues in some regions of the country. Does Xawery Żuławski, who was baptized as really important Polish artist, have such contempt for people who without their own fault, participation and with lack of proper representation, have been falling more and more on the political margin over the years since 89?

The censorship of the Bird Talk at the Gdynia Film Festival gave Żuławski an advertisement that any Polish artist could envy. After the last hour of the film passed, ostentatiously leaving the room I was thinking about the effect of this censorship. It seems that in this situation there was no good way out – whether or not there will be projections of this monstrosity, it has already been included in the political slapstick. The damage has been done and it cannot be reversed. There is only great regret left that the son has landed so far from the outstanding artistic achievements of his father.