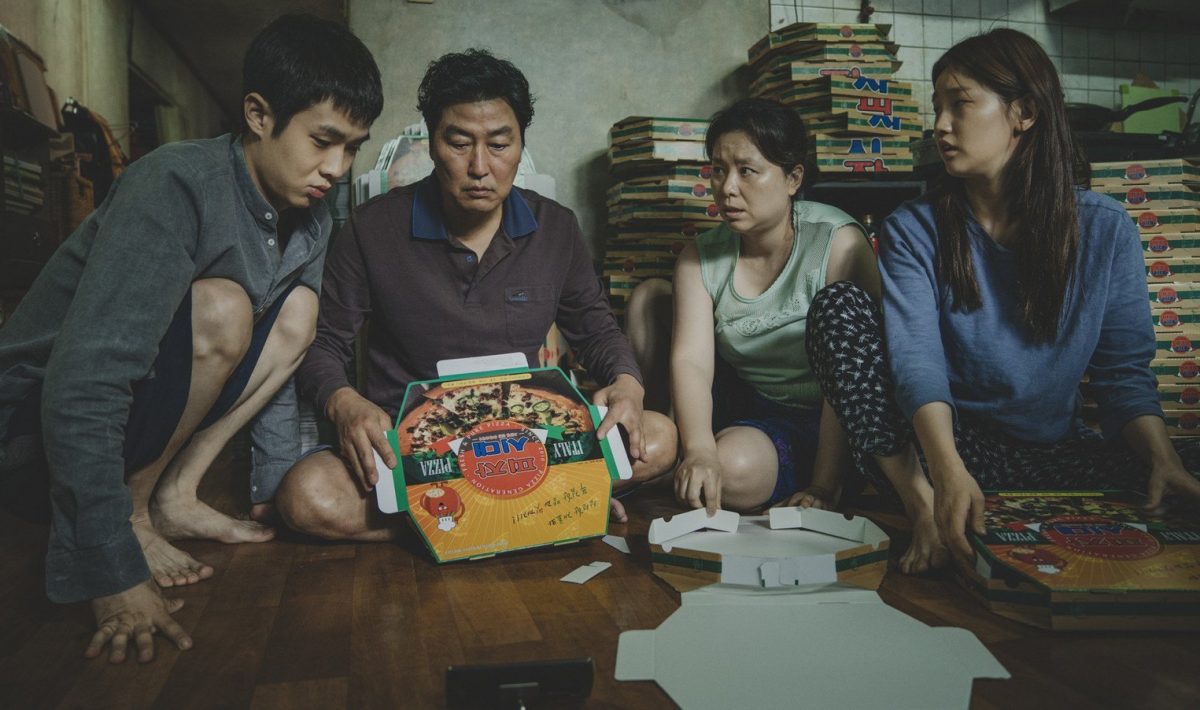 Long before I watched Parasite myself, someone advertised me the latest work of Bong Joon-ho as a remarkably socially committed film, so efficiently dealing with social inequalities, that it knocks down off the notches such the involved cinema as Ken Loach’s or Dardenne Brothers’ works. When I went to watch Parasite I expected many things. I expected the Korean artist to have fun with film genres, just as he did in his previous works. I expected – as in Snowpiercer – a strongly outlined class conflict and a clear devaluation of the forces (mainly the capital) behind capitalism as a system.

I cannot say I am disappointed. I actually got what I expected. It is impossible to fault an accessible scenario, which structure can be described, using Propp’s fairy tale model, or to technical performance that leaves no room for any accusations. The only thing that I still ponder on a long time after seeing Parasite is these unfortunate social commitment.

The Bong Joon-ho’s film is about the struggle for survival of a poor family living in a basement reminiscing of a damp cubicle. The director presents poverty in a comical way. The father of the family undertakes various activities, but he is fired from every job because of his clumsiness, the family tries to earn a living by – among others – folding pizza boxes for a nearby chain of restaurants (which wants to save as much as possible on employees), free wi-fi from the neighboring cafe is available only in the corner of a tiny bathroom, etc.

The dramatic economic situation of a family of four slowly begins to change after Gi-woo’s (a son) friend gives the family a present in the form of a traditional carved stone to ensure the well-being of the household. A moment later, there is a job opportunity: the work for the owners of the villa in a rich neighborhood. From this point on (I won’t tell you more from the story) the title of the film will be more and more suited to an unhappy family.

Class differences were clearly portrayed by the Korean director. As it happens with comedy elements, they are indulgent because of usage of certain stereotypes. The rich are not too smart, they live in a different posh world, the poor, in turn, stay afloat only because of their cunning. The conflict between them is also clear. The rich stick to their bubble, and the poor dream of money and a better life and are ready to do everything to achieve a better life.

I think that my main problem with Parasite is that I cannot fully agree with the fact that the Koran artist in some sense equates his heroes in a positive valorisation of the family (operating in the world of Bong Joon-ho a family is a feudal cell). Here, the family is the most important value not only for the poor, but also for the rich. For everyone. In this way, if you want to or not, the director breaks the class order. And the conflict was based not on the family and our relationship to it, but on the economic gap between the richest and the poorest. Survival as a driving force is replaced by the family’s desire to raise capital.

Of course, it can be speculated that changing the genre of the movie from comedy to thriller and later to horror is also a punishment for a poor family for their desire for wealth. But the same passage can be read – especially by the followers of the ideology of neoliberalism – as a desire to restore the only proper order, to restore the status quo (the poor should remain poor and the rich wealthy).

It seems that what our final interpretation of the artist’s intentions will be depends on our reading of the ending of the film. Either, then, we will believe that we are still living in a world where you can change your social status to a higher level, or we will ponder over the impossibility of achieving the 1% level.

Regardless of the fact that some of us, like me, will try to bravely deconstruct Parasite, at its most basic level, Korean film is a much needed production because it has the opportunity to reach a wide audience. In this sense, the person who advertised me Parasite as an extremely socially involved cinema was right. Ken Loach or the Dardenne Brothers will not hit the multiplexes, Parasite will. Perhaps this is a unique opportunity for social topics to be gently smuggled into the hearts of those who live their dreams with an alleged future membership of 1%.