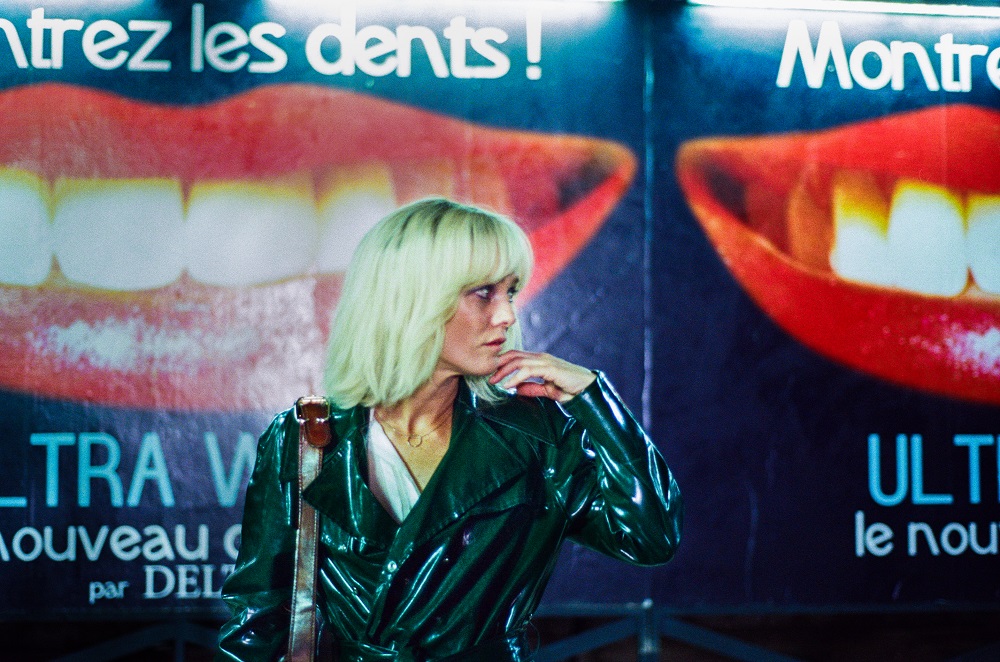 Yann Gonzales, the director of Knife + Heart, reaches for seemingly distant elements, creating an image almost exclusively based on an aesthetic, trash bomb (there will be space for camp, a pastel color palette, and even a little kitsch). The creator has done film and archeological work, not without fascination, digging up and naively processing sweet gay pornography from the 70s and the story of the director of their production, Anne Pareze, being in love with her editor.

Gonzales presents male love gently, somewhere between aesthetics and a not-entirely-intended joke. And this is not a complaint at all. The goal in Knife + Heart was not sexual arousal, but a delight in trash beauty. It is impossible to resist the impression that some scenes, especially the mise en abyme ones, regarding the filming of blue movies, resemble the cinema of the German iconoclast, Rainer Werner Fassbinder. In Gonzales’ film, as in the work of the above-mentioned, a single frame has great importance[1]. There is no question of so-called “screen truth” or claims to reality, despite referring to the fate of a real character. And as it turns out, this truth may not necessarily be needed. Despite the lack of it, you can still believe in Knife + Heart.

In other circumstances, kitsch would probably soon be forgotten, and in this nominated for the Golden Palm in Cannes film, you can choke on it. Delight with charming boys should not shame the viewers. Although it is far away from every day aestetics and sooner than seduces it strucks, the Gonzales’ work turns out to be effective –  the creator is far from crossing the border of good taste, and yet skillfully strokes it, keeping the viewer’s attention.

One of the characters is played by Bertrand Mandico, who likes similar aesthetics, and is known for example from The Wild Boys, warmly received at this year’s New Horizons Film Festival. His presence is one of many meta-level winks at the viewer. So is this a movie that can astonish someone more than cinephile? Rather not, although it’s worth trying out your sensitivity.

[1] As Fassbinder once said, “Film is like a square of life; it has the same boundaries. But I think that film is more honest, because it owns up to being a limited space. Life pretends to provide more opportunities. That’s why it’s a bigger lie.”