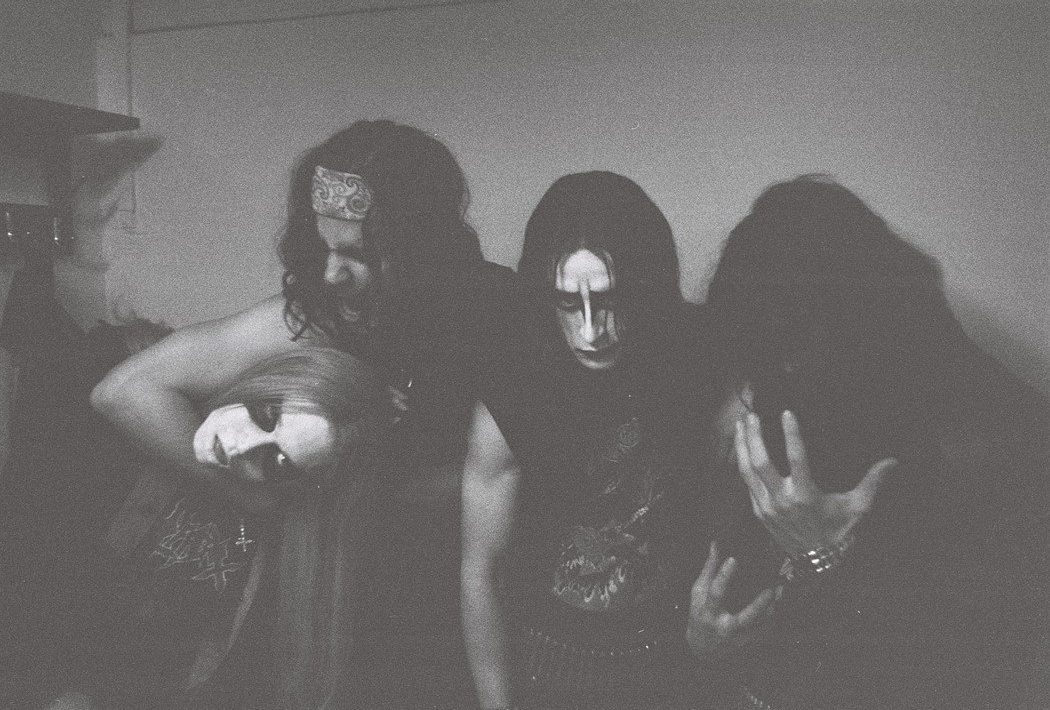 Movies based on the known “authentic fact” pleonasm usually have a hypocritical approach to the viewer. At the same time, they claim the right to reality, bend it and falsify it in accordance with a narrative imperative that requires coherence, without which linear cinema cannot live. And yet, as one wise person once said, every film is based on facts. After all, all the stories – reproductive or original, reconstructive or sophistic – are narrative (if Hayden White was still alive, he could smile).

Jonas Åkerlund, director of Lords of Chaos, suggests that he will enjoy this hypocrisy by basing the film on “truth, lies and what happened in reality.” The suggestion ends, however, because Åkerlund focused on reproduction, a speculative reconstruction which sole purpose is to attract a well-defined group of viewers – the metal subculture (and this task is fulfilled perfectly, effectively attracting representatives of the subculture to movie theater). We will not get the truth or false game, instead we will watch a feature-biographical praise made to the Mayhem[1] band founder and the father of Norwegian dark metal, Euronymous.

Fortunately, this puff piece also contains some content that will satisfy the needs of the culture critic. In the background of the exhibition of the characters (violent suicide, church burning, artificial cluster of radical ideologies and knifing), there will be a place for context. Perhaps the purpose of presenting flourishing in the 1980s (that is when the action of Lords of Chaos takes place) idyllic landscape of the Scandinavian state model was only an ironic, attractive contrast and a juxtaposition of a wonderful world of prosperity with a radical, but not outstandingly intellectual background, a movement contesting this order. Even if the creator’s intention was only that, it still gives a lot to think about.

The extreme behavior of young heroes in a world where the future seems stable, secure and ensured by the system (it is worth noting that they use the fruits of this system, by drawing money from their parents), must have the source somewhere. Where it is easy to make a conclusion about the inefficiency of a welfare state that cannot properly pick out the weeds appearing in the garden, one should reject this hasty conclusion and turn oneself to the sociology and diagnoses of Zygmunt Bauman’s reading of the main problem of strongly individualized societies (brilliantly summarized in Swedish Theory of Love, a 2015 documentary), i.e. alienation.

In a society where all basic needs are easily met and one do not have to worry about the future, happiness seems to be at one’s fingertips. Despite the effectiveness of accumulating prosperity, the state is not able to provide its subjects with one of the most crucial, though probably underestimated, needs in life – socialization. In the conditions of freedom, peace and prosperity one must take care of interaction with other people and belonging to a receptive group oneself.

The crisis of a life in global village is what the context of Lords of Chaos is somewhat about. The heroes will not get much warm interactions with close people, naturally filling this gap with belonging to a subculture. For Åkerlund, as for many commercial filmmakers, the answer to the dilemma of social alienation is obvious – you need to return to family values. When is Euronymous happy? When he is unconditionally accepted: by his younger sister, then by a girlfriend. Acceptance in a group costs a lot more effort and ends just as quickly as it begins.

The problem is, what most creators forget or bypasses, that traditional family values ​​are based on hierarchy. In order to build an effective social machine, one should work on tools of interpersonal, group and equality communication. A small, closed feudal cell can only work in its bubble, which – if sputtered – will produce more socially unfit.

For viewers who often go to the movies, Lords of Chaos will not be a controversial film. Each subsequent arson of the church shown on the screen will be more boring, and every stab with a knife, even despite good choreography, less effective. After all, the reminder of the importance of belonging to a group deserves a warmer eye on the Swedish director’s view, especially in sight of what is happening with this need in our Polish yard (and generally everywhere).

[1] A puff piece not without stains. the creators did not obtained rights to band’s music. So we have Mayhem, but without Mayhem.