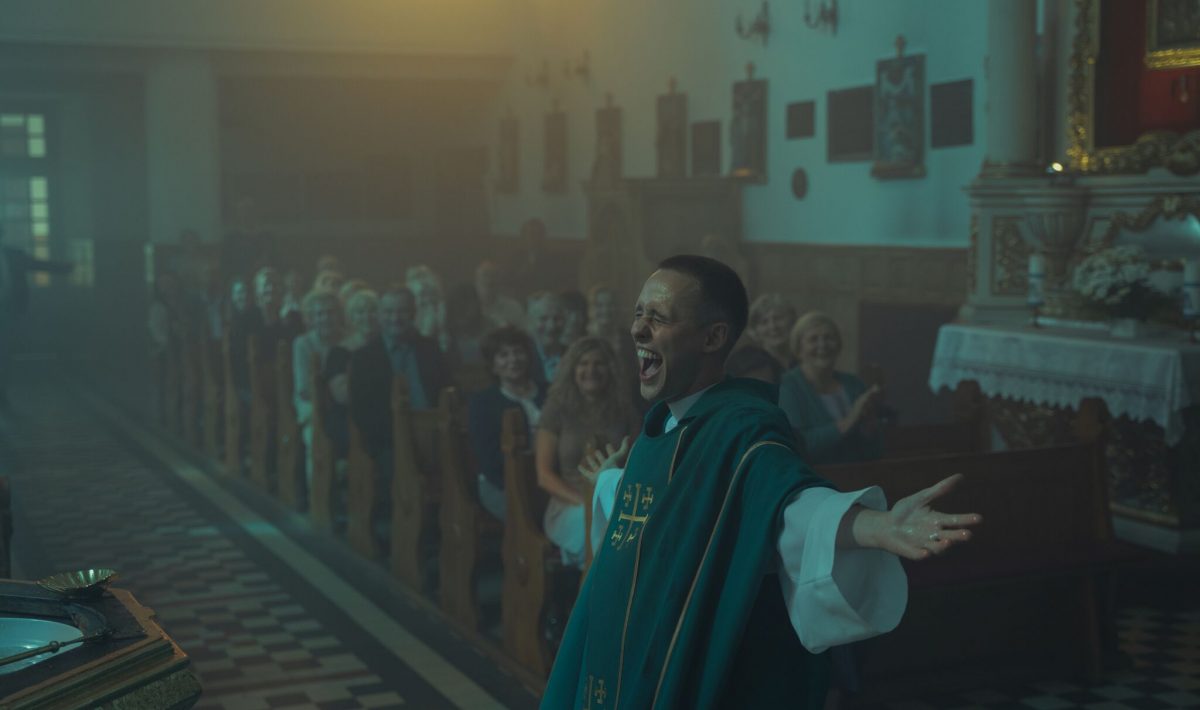 Regardless of the level of sympathy for Polish cinema, most of us will probably agree that our indigenous productions (with noble exceptions) belong to what can be called the cinema of shortage. Polish films are always short of something: financing, intellectual reworking of the subject, credibility, commitment, or good sounding. But even on such barren ground, a movie with good intentions can sometimes be produced.

The Polish candidate for the Academy Award, Jan Komasa’s Corpus Christi, is a film that, at first glance, fulfills a wish for such Polish socially involved cinema that could deconstruct the society’s relations of power. A cinema that could criticize closed to human needs clergy and authorities which are traditionally caring only for their own interests. In fact, Komasa’s latest work fulfills this dream only on paper.

The script was based on the tension resulting from the camouflage motif – on the real story of a boy who impersonated a priest in the village of Budziska in the Mazowieckie Province in Poland. A story in which young false priest won the trust and sympathy of the faithful with his direct, open approach. For Komasa, this story becomes an excuse to present the flaws of Polish society – dormant aggression, greed, closure to other people, etc.

Corpus Christi has the form of a parable. Therefore, simplifications and stereotypes cannot be bypassed. But even the simplest story should stick to narrative principles, without which it simply loses credibility. What is the meaning of the hero’s – Daniel’s – path if he does not change at all? Why use the dramatic tension if the climax is bland and – apart from a cheap symbolic layer – does not contribute much to the story?

It seems that this is Komasa’s main problem. He creates a hero (I won’t refuse, Bartosz Bielenia has been well guided and his role deserves praise, but it is not enough), who is a kind of superman – no problem could affect him, he doesn’t confide in anyone, and in addition his actions are not supported by any explicit motivation. Moreover, his decisions – at least at the beginning – are the result of pure chance.

I understand the obvious evangelizing function of the hero – a boy from the margins of society, with all the weaknesses (alcohol, drugs, sex, etc.) of the reformatory’s juvenile has more understanding of the spirit of Christianity than the rest of society. Evangelization, however, does not make much sense, since Daniel’s credibility is so poor. First of all, the quick editing at the beginning of the film catches the eye, but the later jumps of pace make it hard to stay focused, even despite more or less successful gags playing on the taboo – the collision of the sacred and the profane.

Secondly, the plot of intrigue and searching for the truth related to the tragic accident that shook the small town and its inhabitants was not exploited enough. Instead of clearly exposing the power structure, which for the sake of peace – at the expense of individual sacrifice – sweeps the problem under the carpet, Komasa abandons this topic halfway.

Thirdly, Corpus Christi is full of technical errors. Cigarettes magically changing length, disappearing priest’s robe – these are small cracks in the presented world, and yet they make the Polish director’s vision look false.

I get the impression that the unmasking potential of the script would have worked better if Komasa’s story had been slowed and calmed down. If it was to focus on the slowly occurring change through confessions, e.g. the enormous tension resulting from the act of confessing (in case of the fake priest it is an act of sacrilege). Instead of a cheap psychology and hero’s comparison to Christ (whom – in the end – no one understands), one could focus on the value of contact with the Other. Someone who doesn’t have to be effective to realize that the simple truth about love has been long forgotten.

I do not delude myself. There is probably no producer in Poland who would dare to slow down the pace and not be afraid of boredom on the screen. Komasa makes his movies in American style, so it sells. Sadly for me, the dream that maybe someday it will be better still remains unfulfilled. Corpus Christi is a correct film – for a cinema of shortage it is already a lot – and the social portrait is quite in line with reality. For now we cannot afford anything more.