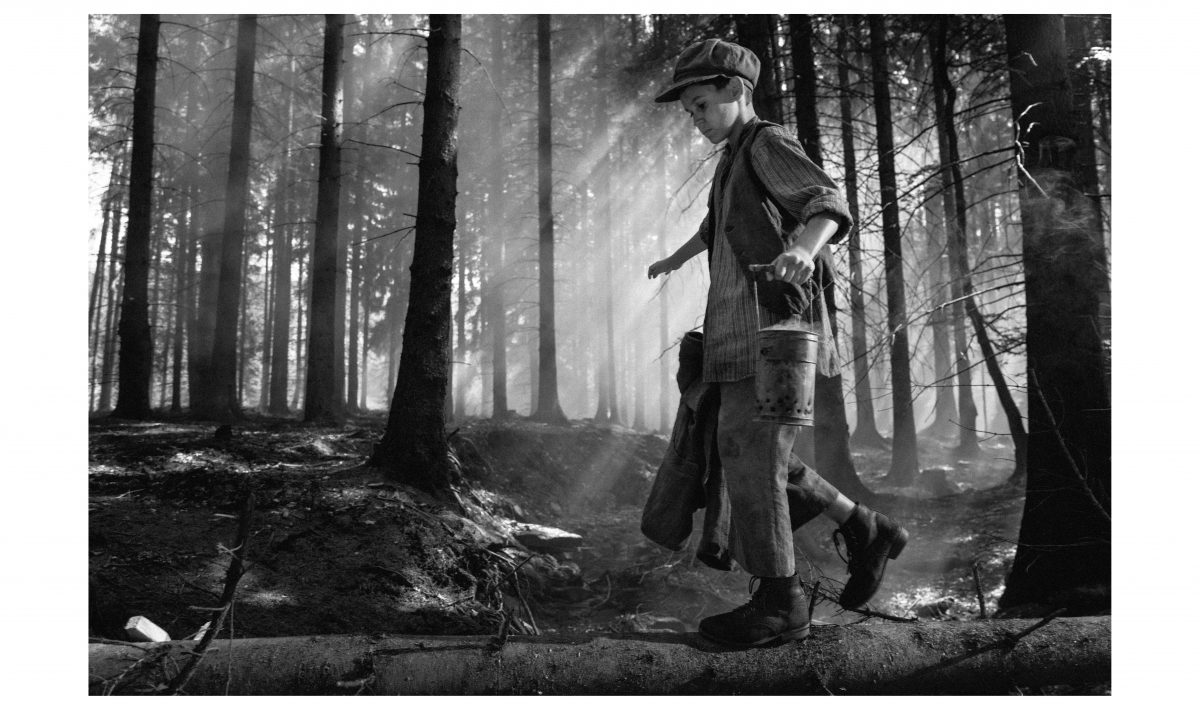 The Painted Bird by Jerzy Kosiński is one of my favorite books. So I awaited the film adaptation by Václav Marhoul with impatience and enthusiasm. I knew that the book, which caused controversy not only because of the amount of violence, but also – and maybe especially – because of the presentation of Poles[1] in it, cannot be screened in Poland. That is why I was glad that our close neighbors, who had struggled with similar problems, took on this task – I was counting that their homework will be solid.

Before I get to the film itself, I will try to clarify the context of the book a bit, without which, in my opinion, it is impossible to comment on the work of the Czech director. Published in 1965 in the United States (Kosiński emigrated in 1957 to spend the rest of his life – until suicide in 1991 – overseas). The Painted Bird was considered a partly autobiographical novel for a long time. This has been undermined by reporter Joanna Siedlecka in Czarny ptasior (The Ugly Black Bird) in 1994, in which she proves that Kosiński could not write in his book about himself, because he survived the war safely in Dąbrowa Rzeczycka by San river, where he was looked after by a Catholic family.

For the Polish right Siedlecka’s report has become the crowning argument regarding Kosiński’s incredibility, and even allegations of plagiarism and lies – well, Poles, of course, would never commit violence, they are a holy nation. Siedlecka is right that Kosiński did not survive the story he described in the literal sense, but one should be aware that the book was not written in the form of memories. As Maria Janion wrote in Płacz generała: eseje o wojnie (Crying of the general: an essays on the war[2]) from 1998, The Painted Bird is not a record of what Kosiński survived, but how he survived.

It is noteworthy that when the war broke out, the Polish-American writer was about six years old. This is not the age at which man is fully aware of himself and his own environment. Also, childhood memories can often be distorted over time. In this sense, The Painted Bird should be read as a kind of overcoming the trauma of war from a child’s perspective.

The book presents that kind of looking at the world brilliantly. It can be divided into two parts. The first, being a kind of introduction and combination of fact and fiction, in which the time of action is ahistorical, and the little boy is outside civilization. This part resembles a kind of wandering novel in which the places, events and characters that shape the hero are more important than the hero himself.

The second part starts with the appearance of the Germans, when time begins to be historical, and the book turns into a kind of educational novel. Fundamental changes in the personality of a Jewish boy occur along with a change in reality. The hero goes from a bourgeois child with family roots to a communist (a Stalinist, actually) without support of tradition, ancestry roots, family, culture, etc. It is a carte blanche on which someone wrote the horrors of war.

The violence presented in the book is seen through the eyes of a young child (and also experienced by him), whose imagination works at full speed and reaches a level of unreality. This fusion of truth and fiction[3] is the key to understanding why the controversy around the novel is so vivid even today.

Unfortunately, Václav Marhoul haven’t done his homework correctly. First of all, the child’s perspective and his overworking and deconstructing the lived reality through his imagination is completely ignored. In the film, the viewer looks through the eyes of an anonymous observer, and except for one moment when this form is broken, we are distanced from the presented world.

Secondly, the adaptation is kept in a specific rhythm. Divided into chapters – like a book – works each time by axis: the appearance of the hero in a new place-awaiting the culmination-climax. Therefore, instead of maintaining a high level of mindfulness, the viewer at each chapter will expect a climax, anticipating more or less that it will not be pleasant.

Thirdly, quite the opposite of the book, the action of the film is completely realistic. It is a mature, brutal world in which there is no room for reflection. Where in the book we had the inner narrative of a hero who constantly analyzed what he sees, in the film, we only see the boy’s dirty face and his surroundings.

To create a moving picture of war, it’s not enough to make an one-to-one copy of the original material. The Czech artist clearly lacked context. His adaptation is too literal – as if it was filmed just after the war. It is too rhythmic, one would like the hero to be moved from place to place at a frantic pace, just like in the Son of Saul by László Nemes or vice versa – that the action would be maximally slowed down, playing on the passage of time and waiting for salvation (just like in Bela Tarr’s Satantango). After all, it is an adaptation in which violence – due to the orderly narrative – begins to bore, lose its power and meaning.

A person deprived of the context of the book will be tired, or maybe moved a little, by Marhoul’s The Painted Bird. Adaptation has its own rules, but one should regret that the work of the Czech director, instead of deconstructing and analyzing the ideas contained in the book, perpetuates the image (and not particularly reflective) of the book. And although it is possible that Václav Marhoul will revive the old controversy for a short while, his film will soon be forgotten – and maybe it’s better for the book that way.

[1] Theme: the third wave of the Holocaust and Poles’ violence against Jews – denouncing, taking advantage of the situation, feeding on victims, etc. Just in case a national irritant would not lynch me for this opinion, I would add that of course I do not deny Poles’ humanitarian acts and help, which some of them undoubtedly tried to carry to the victims of Nazism. But the world, my dear nationalists, is never black and white, and people are different.

[2] The book was not published outside Poland, so it is my translation of a title.

[3] A bit like with Kosinski himself and the controversy around him.