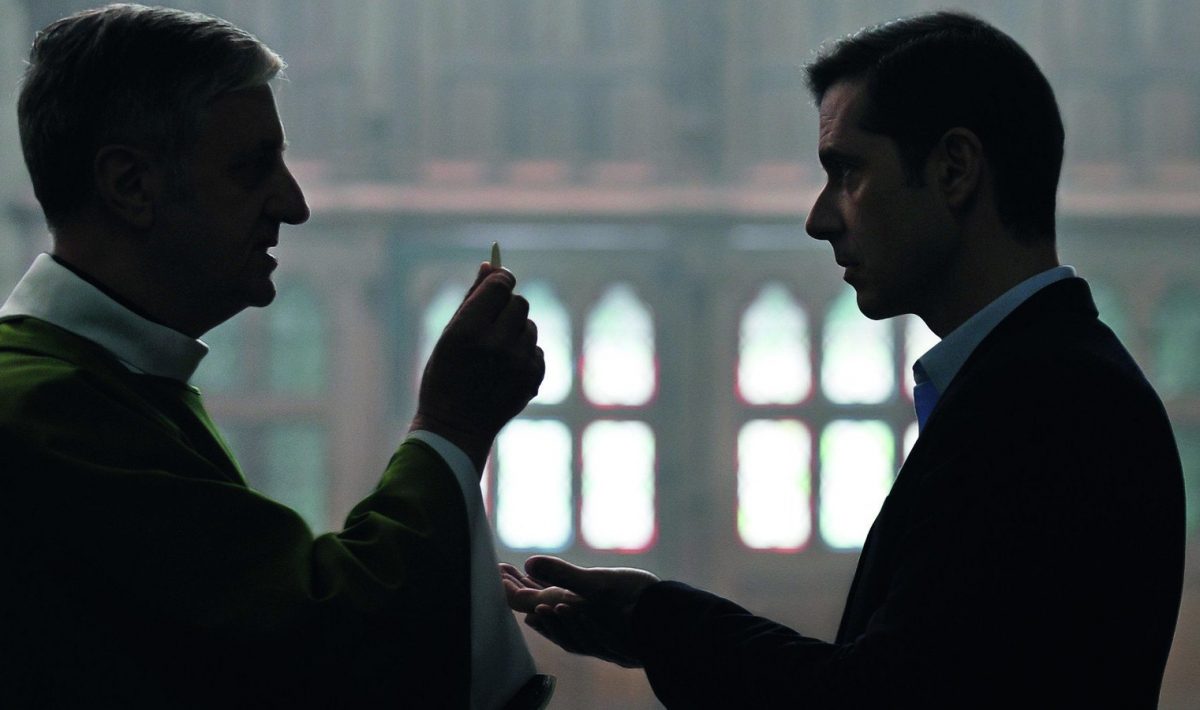 Every film about the subject of abuse of power by people of the Catholic Church faces a similar problem. It’s about the right sensitivity. If the creator is commenting the reality too harshly (even if rightly!), he inevitably collides with the dangerous stomping of disapproving legs of Church’s apologists and clappers, as well as those who prefer to remain blind to the well-oiled torture machine mocking its victims. If the creator is too gentle, he will be hailed as an advocate of hierarchs by environments fighting against Church’s monstrosities.

In recent years, viewers have been able to come into contact with different views on the still present – unfortunately – problem of sexual abuse by people of the Church, which I mentioned while reviewing Smarzowski’s Clergy. There are as many sensitivities as many looks on the subject. And the more of them, which of course is a positive trend (there are topics that should be spoken out loud, clearly and as often as possible), the harder and harder to keep the viewer’s attention.

Mentioned above Smarzowski has tried to maintain this attention by softening his own author style and to approach the issue report-like, presenting the perspective of priests-torturers, but also those who still believe in the system. He tried to present a kind of internal struggle, giving the audience a light of hope that not all cogs in this torture machine efficiently serve her operations. But as a socially involved cinema, firmly on the side of the victims, Clergy does not work very well (why? I can refer to my text about Smarzol again).

With François Ozon’s By the Grace of God it is not a case. The film oscillates quite loosely around a loud scandal with French Cardinal Phillipe Barbarin, accused of masking the sexual abuse of his subordinates and the victims’ fight to bring the matter to light and bring the torturers and Barbarin to justice.

In By the Grace of God, the victims are in the foreground. On the one hand, they will function as a group that consolidates itself in the fight against their torturers, trying to organize themselves into a force capable of opposing the institution with over 2,000 years of experience sweeping scandals under the carpet. On the other hand, each of the presented victims has his own individual history, different tragic past, character, and idea for action.

Ozon shows that victims come from different social backgrounds, from different classes. We will meet, among others Alexandre, bank director, François, petty journalist, or Emmanuel, who finds it difficult to make ends meet. In a simple way, the director not only shows that functioning in a social organization deprived of one leader is a big challenge in the face of different characters and differences of opinions, but also returns to victims their aspect of individuality. It is easier to identify with one person than with the nameless mass.

In addition, the French creator does not abuse the tears. He does not show the victims as leaky sacks, from which emotions spill all the time, but as normal people of flesh and blood, who must try to function from day to day. In this approach to people, it is easier to find strength against the problem of church abuse. Here, as a community of individual units, despite all the disadvantages of collective social work, victims are able to show that together they are strong enough to demand justice.

By the Grace of God is a sensitive, gentle, subtle film. In this respect, it looks much better than Clergy. It is interesting to look at the part of France that is not completely secularized – after all, we are not used to it. However, one must remember the civilizational difference between France, in which it is easier to fight the already cracked Church’s machine of anguish, and other parts of the world, e.g. Poland, where hierarchs are still clinging to capital and power. It remains for us to wish that we are all well on our way to shaking our carpets and cleaning up all the dirt that has collected under them.