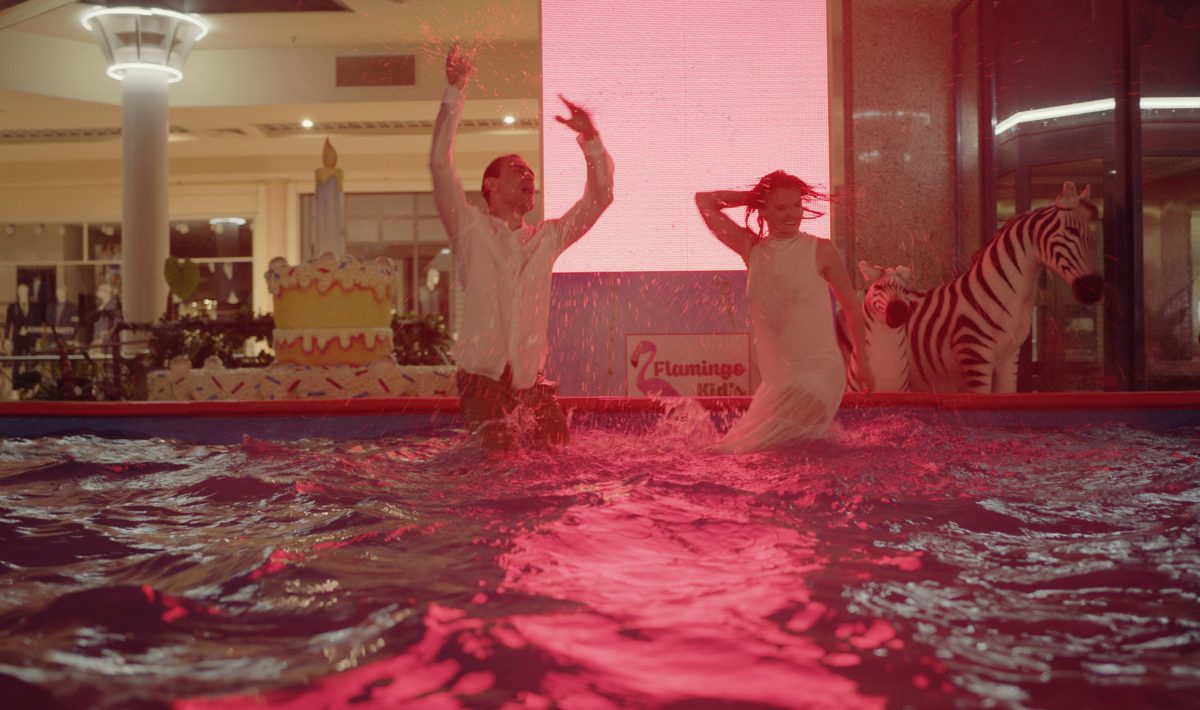 Beautiful Things by Giorgio Ferrero and Federico Biasina cannot be watched like a regular movie. One participates in it – as in a ritual, devout contemplation, or trance with art. The winner of the Arca Cinemagiovani award for the best Italian film in Venice brings similar originality and commitment as the Qatsi Trilogy by Godfrey Reggio. Although this work is undoubtedly stunning poetic beauty, secluded spaces (not necessarily located in remote places) of the temples of production, which are the foundation of modern, bulimic consumption, frighten and overwhelm with a grim atmosphere. These are the places of birth, but also of death of infinite amounts of things.

Oil is everywhere, says the pump crane operator. In medicines, electronics, toys for children and gadgets for adults, even within the walls of our homes. The scale of this frantic overproduction is demonstrated by a simple example – single pump cranes can reach over eight kilometers deep, almost equal to the highest peak in the world, Everest. The surprisingly quiet operation of the pump contrasts with glaring statistics. This incredibly peaceful place is one of the foundations of perpetually rushing capitalism. There are more portraits of such places in Beautiful Things – from cranes extracting oil, through production lines and distribution means, to garbage processing plants. The film is divided into four parts, each of which (Oil, Cargo, Meter, Ashes) tells about a different “priest”, in a different mechanical “temple”.

The work of Italian artists is therefore a story not only about spaces, but also the silhouettes of people – the wardens of production, navigators among the mountains of garbage and plastic, conductors of machine music. The stories of these people sometimes come to the top of the sea of ​​beautiful things, but these are just flashes, scraps of private lives. Just as humanity could drown in the effects of its own consumption – after all, the average European produces annually about 500 kilograms of garbage.

Beautiful Things is a delightful critique of the dizzying circle of consumption, visual pleasure, and also a symphony of minimalist sounds and silence that together make up a work that Philip Glass – like probably most avant-garde experimenters – could be pleased with. The great symbiosis between music and image ceases to surprise when we realize Ferrero’s working method. The creator firstly composed the music and worked on the image secondly.

The creators’ anti-consumer involvement is doubly perverse, given that Ferrero previously composed music for commercials. One cannot resist the impression that Beautiful Things have something of an ad in it – anti-ad, as if there was a void behind the magical, fairy-tale world of advertising paradise.

Apparently, Ferrero was inspired by the 1940 Disney’s Fantasia. In his fantasy, the creator does not visualize classical music, but the music of machines and objects – this is a fairy-tale symphony of which we, together with our beautiful things, are all part of.