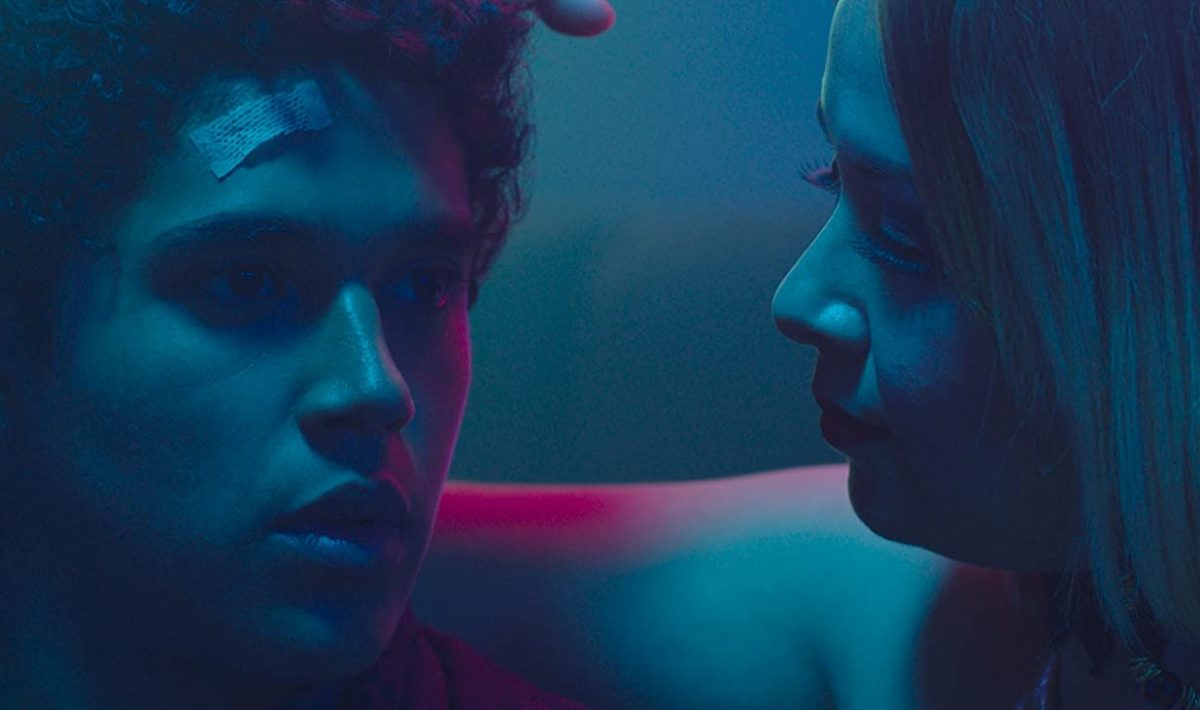 Beyond the Mountain, the feature debut of the Mexican director, David R. Romay, is a film that surprises with its simplicity and skillful balancing on the brink of exaggeration. The film by the Mexican debutant is full of youthful, coming-of-age anger. It’s a story about powerlessness in the face of parents’ mistakes and revenge, which is not cold and does not give satisfaction at all.

The everyday life of Miguel, a young, lonely boy, consists of working in an office, caring for his sick mother and dreaming of another life – perhaps with a girl, Carmela, who often visits the office. This small, sad world bursts like a bubble with the death of Miguel’s mother. The cage in which the boy came to live is now brutally opened. The mother left a letter to the boy’s father, who abandoned his family many years earlier. From now on, Miguel’s goal will be to find his only parent and take revenge on him.

Romay builds his hero on extreme emotions – latent but explicit for the viewers. On frustration resulting from loneliness, alienation and a sense of emptiness, on anger and hatred, but also on curiosity about life, love and an attempt to understand one’s own feelings. The boy’s anger and his determination on the road to revenge are as great as the life injustice that met him. The young angry man is neither relieved by work nor love – torn by powerful internal forces, he finds his only stability in his determination to confront his father.

In a sense, Beyond the Mountain is a generation story. Miguel’s frustration is not only the result of harm – conscious or not – caused to him by his parent, but also from the lack of choice, the compulsion to live in a world deprived of opportunities and chances for a better future. In the case of the main character, violence and breaking with the rules set by the society seem something quite reasonable.

Romay, however, does not remain uncritical of the young boy’s aggressive attitude. He wonders about the limits of anger and its destructive power. Young, hot anger does not cool down so quickly, and reflection on one’s own and other people’s motives may come too late. The Mexican artist’s film is therefore a moralizing warning and a lesson tempering extreme emotions.

If something is missing in Beyond the Mountain, its more emphasis on economic and social issues. In the end, properly directed anger, of course destroys, but later can allow a place for a new hope for those who were deprived of it by the system.