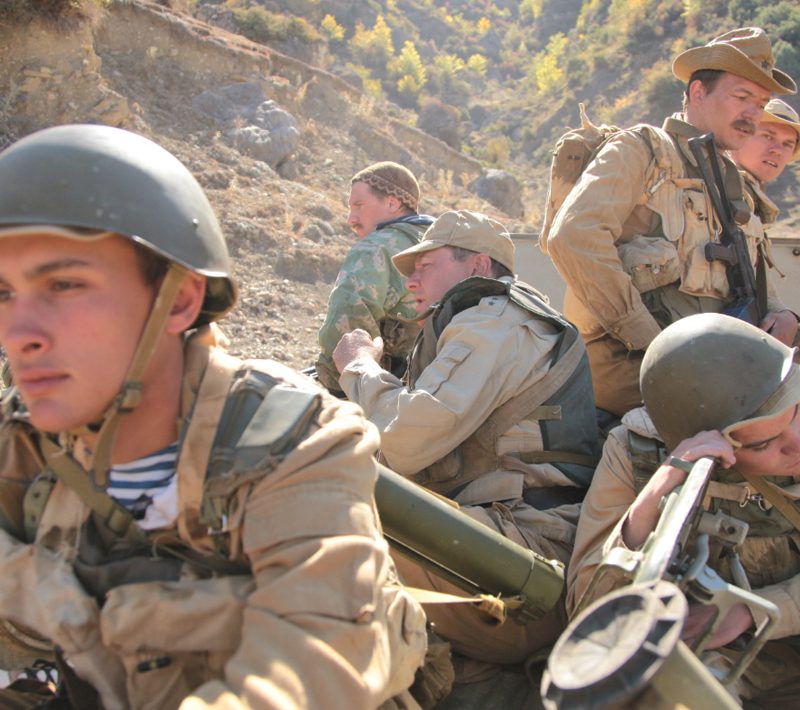 One should not delude oneself. War cinema is almost never devoid of bias, and the dehumanization of the on-screen enemy lurks around the corner. This is not always the case, of course. One does not have to look for examples far in the West (when I think of war, I see Apocalypse Now from 1979 and Full Metal Jacket from 1987), Russian cinema itself has an extremely rich tradition when it comes to war stories. It will suffice to mention the masterpiece of Eisenstein’s montage, Battleship Potemkin from 1925, or The Cranes Are Flying by Mikhail Kalatozov from 1957 – which is perhaps the most poetic picture of war that has ever been made.

Pavel Lungin in his Leaving Afghanistan is trying to depict the Soviet intervention in Afghanistan and the experience of both an ordinary soldiers and officers from the top of the chain command. He tries to portray a collective hero, while paying attention to individual characters. He tries to talk about the human face of soldiers who have ordinary desires and ordinary weaknesses, while criticizing their behavior during the infamous demobilization of Soviet forces in Afghanistan in 1989. In the end, he tries to shoot his movie dynamically, like a western box office action movie, and at the same time he tries to find time to reflect on the tragedies of individuals and on the war in general.

This being between is probably the director’s main problem. Leaving Afghanistan, as it is in the case of fact-based films, claims the right to talk about how it really was. And Lungin seems to have really good intentions[1]. He based his film on a simple tension associated with time running out. Here comes the order to demobilize the forces and come home, but one pilot – being the son of the general – was kidnapped by Afghans. The race against time, the struggle between private interests and the good of ordinary soldiers and loyalty to the state begin. A special group is sent to free the son of the general.

The desire to talk about how it really was becomes a ball at the creator’s feet. And the more clearly one can see how much the director redraws reality. The human face of soldiers will dangerously balance on the verge of stupidity and war crimes. Subtle criticism will turn into an incomplete vision of someone who forcibly tries to talk about important topics, intentionally or ignorantly avoiding the facts (breaking the law during the war is the norm, not only among Russian soldiers; Lungin completely ignores that during the 9-year Russian intervention Afghan infrastructure was expanded, and liberal laws were initiated that, for example, introduced women to public life and put an end to forced marriages[2]. Anyway, the director completely ignores politics and social issues, focusing on soldiers and criticism of the USSR struggling to maintain its power).

The influence of great powers on the Middle East is a topic that deserved more than just another shallow picture about the war, which, although impressively shot, does juggle with the truth only to give a pin to the nose of Russian authorities. So Lungin in Leaving Afghanistan hung in the somewhere between East and West – which is nowhere.

[1] There is a journalist who appears in a movie – he joins a special military group sent to rescue the kidnapped soldiers. He is filming their activities and his task is to show “the faces of ordinary soldiers”. Lungin clearly projects himself on this character using a montage in which he uses shots recorded by a journalist.

[2] Another thing, of course, was that there were political killings. By this I mean that – contrary to the events presented in the Leaving Afghanistan – the reality was really complex.