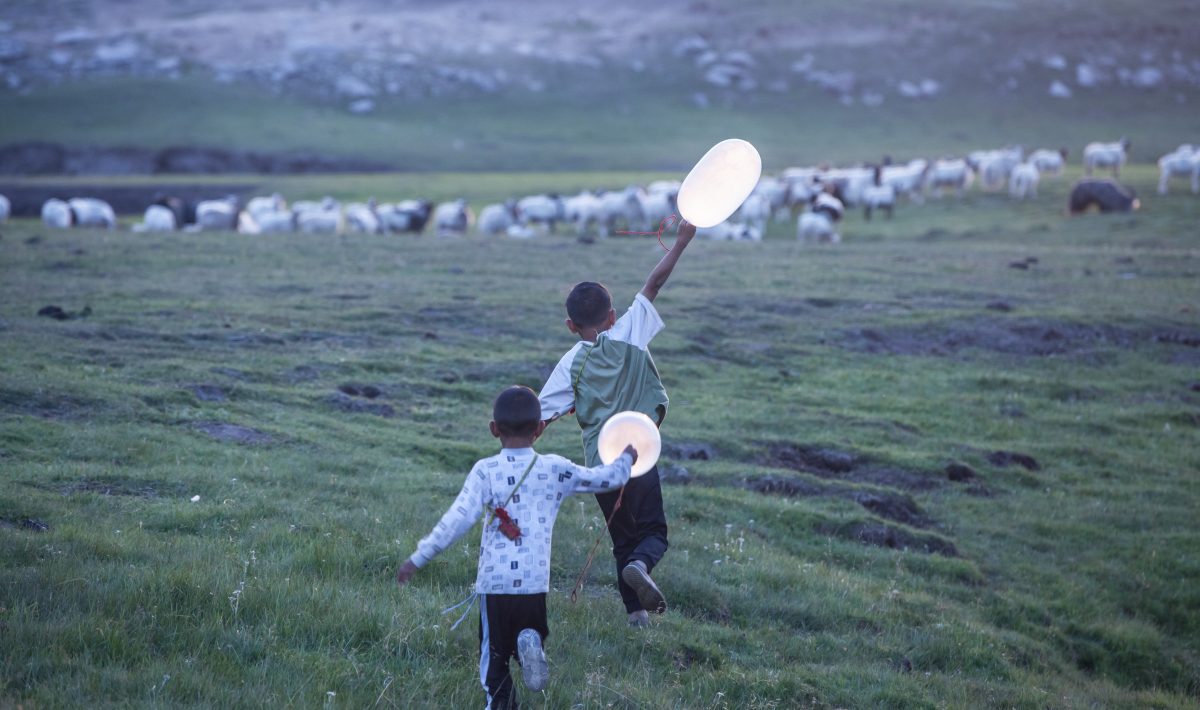 After two purely neomodernist road movies (Tharlo from 2015 and Jinpa from 2018), Pema Tseden postpones the subject of a lonely, rejected hero wandering across the wide, raw, Tibetan space, in favor of a multi-layered portrait of Tibetan society. The pace, as in the case of neomodernists, will not be fast, but the subject and anthropological style with which the director looks at the habits of his compatriots (or at least those who live in the provinces) certainly attracts the attention of viewers more effectively than visually enticing, but still slow and lengthy road movies.

Balloon tells the story of a family living in the countryside. Their life goes on quietly between the games of two boys in the vast meadows and the sheep breeding. The balloon here means not only children’s dreams of their favorite toy – which they replace with their parents’ last ineptly hidden condoms – but also the bubble of local culture, which in collision with the prevailing law and cultural differences (Tibet-China) sooner or later will not be able to withstand the tension and will simply break.

The Tibetan creator is looking at the conflict arising from the meeting of customs, beliefs and conservative culture with Chinese one-child policy (which ended only a few years ago and lasted since the late 1970s, i.e. for almost three decades). It turns out that simple life sometimes puts ordinary people before the requirements imposed by both culture and the state that cannot be fulfilled.

The internal conflict of individual family members in the face of making a decision that will never be good begins to grow to enormous proportions – exceeding far beyond the family circle. Pema Tseden emphatically shows the cause-and-effect sequence driven by the worldviews of individual heroes, entangled in intricate moral dilemmas (e.g. can one have an abortion, if one believes that a child will be a reincarnation of a deceased family member? Can we afford another child – we will have to pay a fine?).

The Tibetan artist does not judge – he registers. His gaze is warm and not devoid of gentle humor, but still – the director assumes the role of a neutral observer who does not clearly stand on either side. He leaves his heroes and viewers to deal themselves with these complicated moral dilemmas alone. This silence leaves us with an overwhelming sense of helplessness – we are all too small to deal with fate.

The tragic conflict well captures the pitfalls of life in a conservative, closed society. One can never escape from here. Pema Tseden makes us aware that the Tibet’s modernization, undoubtedly imposed by developing at an extreme pace China, does not always and not everywhere have to be something positive. Modernity coming from abroad encounters here a cultural resistance. In turn, living conditions determined by tradition seem more and more absurd – and impossible to meet in economic terms (e.g. lack of money to educate another child).

The social picture presented in Balloon was enriched with beautiful pictures by Lu Songye, whose work we could also admire in the previous films of the Tibetan director. Although Balloon is not an outstanding film that will bring viewers enormous feeling of admiration, it is an universal and necessary movie that shows that increasingly needed socio-cultural changes are happening all over the world at different rates, not just in our western backyards.