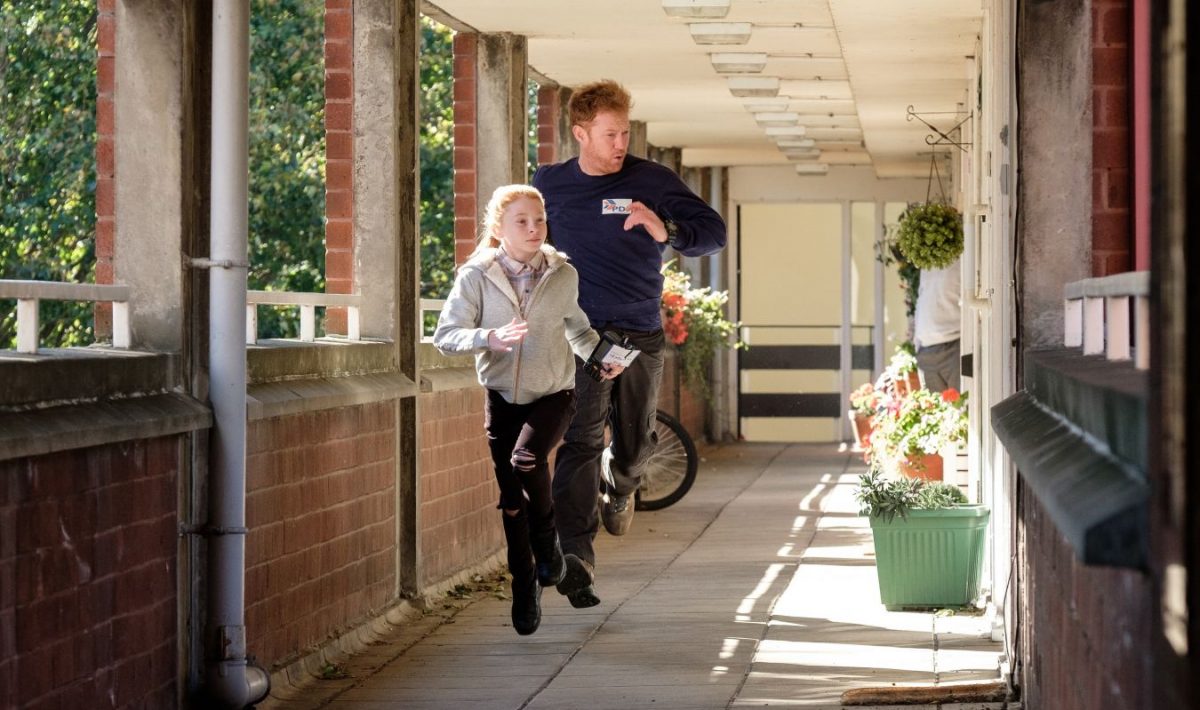 Sorry We Missed You is another Ken Loach’s film in which the director plays on emotional strings. It is a song (or rather a lament, a cry of despair) very much needed and terrifyingly current. It tells about this side of capitalism that most people do not want to see – about a system where space for ordinary people and their well-being begins to run short, about a system that produces passive slaves forced to work not with a physical whip but with a financial obligation, credit, etc.

The new film by the two-time winner of the Golden Palm includes not only the story of an employee who falls into the trap of working under a private franchise (unwittingly giving up his employee rights to “work for himself”), but also a classic family drama. In this way, Loach complicates a harsh family relations, which would normally be resolved in one way or another, and in the case of Sorry We Missed You, there is not enough time for it.

Signing a contract with a private company is Ricky’s (father of the family) leap into the abyss without the possibility of a return. To pay the deposit for the purchase of a new delivery truck (after all, it is supposed to be “work for oneself”, and owning a truck pays off more than renting a car from the company), Abby, Ricky’s wife, sells her car (and from now on begins to commute for her work by public transport – and this is not a light job, because Abby is a carer for the elderly). Ricky starts a murderous 14-hour job. The family has less and less time to maintain relationships with each other.

The impossibility of communication causes misunderstanding – the relationship between father and son, Sebastian, suffers the most. The maturing boy stops appearing at school and begins to cause more and more problems that cannot be solved by shouting, bans, or during short moments of joy at evening dinners. Each member of the family would like it to be “as it once was” (this desire is expressed directly by 11-year-old daughter, Lisa Jane). However, this is not possible. Ricky, who is trying to combine his father’s duties with work, is getting into more and more trouble – sanctions and penalties are falling at him at work (he can never find a replacement driver, life goes too fast), the family lives in increasingly tense environment and actually no one has a way solving problems.

Loach emphasizes the closing of the heroes in a capitalist cage with simple, familiar means – tight frames and spaces and details that suggest cracks in the system (like an old lady who deliberately breaks a plate, a driver who lets his nerves go and throws himself at his boss, or Ricky, who gets a bottle for urine from another driver – “you’ll thank me later”).

The problem is that the creator is slowly stripping the characters (and viewers) of the last scraps of hope. It’s getting worse and worse. Loach deprives heroes of the opportunity to make decisions – the choice between work and family becomes the choice between life and death. Slave labor becomes the only way out here.

And of course, some viewers are probably aware that the number of people abused in this way by capitalism is intimidating. For us, Sorry We Missed You will have an undertone of a threat and not a morality. “Look, it’s too late for action!”, Loach seems to be saying. I think that the emotionally disturbing picture will sooner work on the privileged who are not in contact with this world, which is alien to them, and on those who sincerely believe in the possibility of creating a sausage empires[1].

As a person who was greatly influenced by the cinema in terms of worldview, I still believe in the opinion-making power of films. I believe that Sorry We Missed You can be an effective film and I am convinced of the great need to create such images: strong messages capable of opening the eyes of even the most ignorant to the reality.

[1] In this way, I call the impossible dream of free market supporters about raising capital and joining the 1% of the richest in the world.