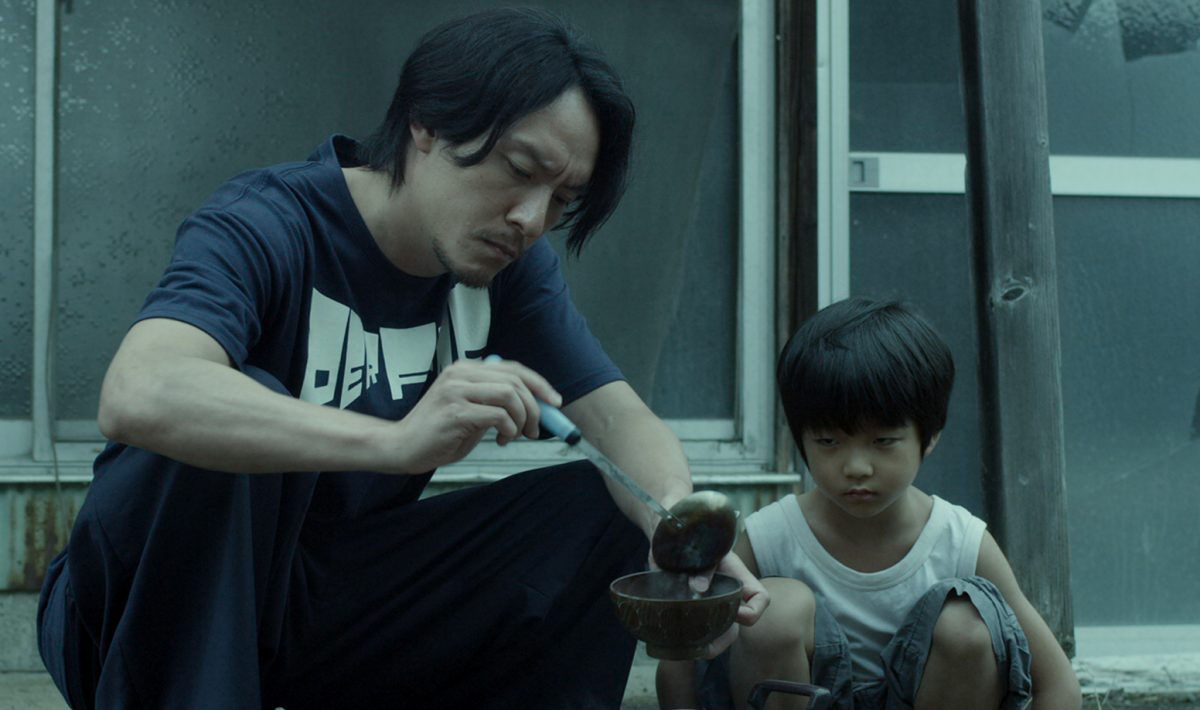 Eponymous Long is a Taiwanese paid killer. He gets an order to eliminate a member of the Japanese mafia that threatens the interests of his employers, and sets off to Japan for this purpose. Not everything goes according to plan and the wounded killer gets stuck on the spot, deprived of livelihood and language skills. A few-year-old boy, Jun, comes to his aid – he has also been hurt in some way by a harsh life. A close bond sprouts between the two heroes, and Long – surprised by the warmth with which he is received by the community – will be more and more clearly fighting emotions and roots that started to grow in a place where he may feel needed and serve in a different way than by carrying out bloody sentences.

The carrier of emotions and communication for the hero who does not speak Japanese is cooking. The phraseologism “through the stomach to the heart” fits here perfectly. The food almost magically makes Long a full member of the community, to which he tries to respond with kindness for kindness.

SABU approaches Japanese society with great affection, praising it for hospitality and resoluteness (which appeals to the heart and changes even a cold-blooded killer). Although there is a bit of bragging in it, the director does not overdo it – the portrait of the community is effective and works as it should. It arouses sympathy. The quality hot-pot is prepared by the creator with sensitivity and taste. SABU cares for the attention of the viewer, cutting the fight scenes with humor, then squeezing tears. And although the family squeezer may irritate some people – the cross-genre contrast is very clear here – one Taiwanese ramen bowl is enough to fully accept this form. The creator is well aware of how to control the pace – using dynamic montage – so as not to bore the viewers.

Although SABU follows the well trodden paths – a portrait of an emotional killer is nothing new – he does it at the highest level, combining genres at least as efficiently as Bong Joon-ho (Parasite, Snowpiercer) and proving that using and playing with old clichés and narrative patterns do not have to be something bad (it may even more effectively evoke the viewers’ dormant emotions, just waiting for the right moment to explode).

The only thing that one can spitefully find fault in is inconsistent usage of props, contrary to the Chekhov’s principle that “if in the first act you have hung a pistol on the wall, then in the following one it should be fired” (e.g. a baseball bat – Jun, supported by Long, starts to play baseball – and besides the basic meaning nothing else happens with the bat, which is a pity, because the fight scenes could be even more interesting). Despite small stumbles, Mr. Long is dynamic and leaves a nice afterimage. Although the ending is probably not a fragrant first freshness product, it is well seasoned and should appeal to even blasé snobs.